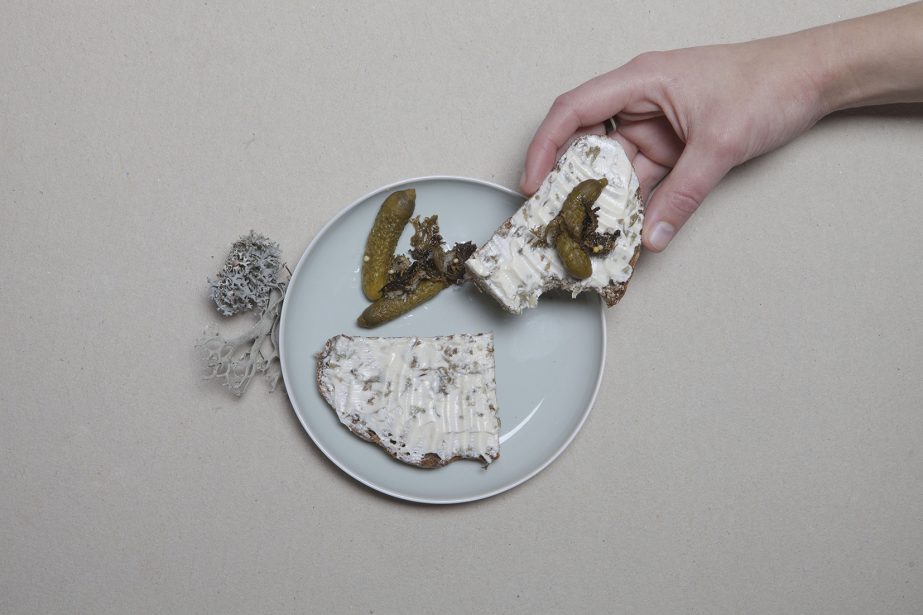 Next to algae and insects, which are receiving a great deal of attention, lichens posses a great deal of potential as a source of nutrition in the future. Investigating history and different cultures lichen showed already up several times.

Extremely hardy, frequently confused with moss, the underestimated lichen can be termed as a superfood – are effective when used as a medication, could even grow on Mars! Common orange lichen, a composite organism of algae and fungi, is already widely employed in urban areas and agricultural areas.
UNSEEN EDIBLE imagines a society in which lichens are prevalent and commonly used. For the docu-fiction Julia Schwarz designed next to the entire scenario harvesting tools, the way lichen would be used and structures to multiply easier. First taste tests are already available.