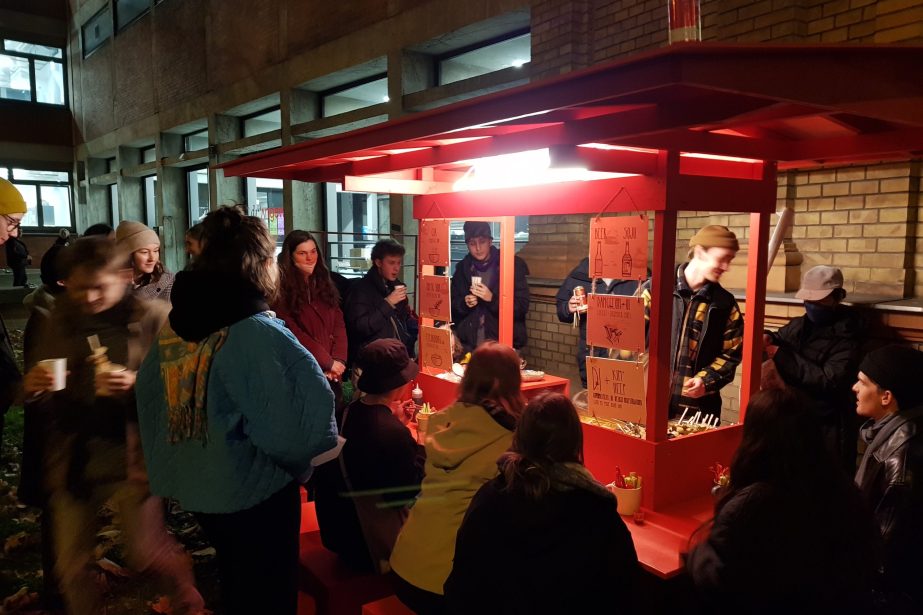 For a week in mid-November Mia Kim led a hands-on making workshop at Design Investigations. Inspired by Korean informal, transient food stands — Pojangmacha — she designed a contemporary version that the students of Design Investigations built collaboratively within 3 days! It was very impressive how the students came together!
.
The workshop culminated in a public space intervention in front of the university where we all had delicious Tteokbokki and Eomuk, beer and Soju… just in time before our next lockdown here in Austria! Thank you to the great cooking team! 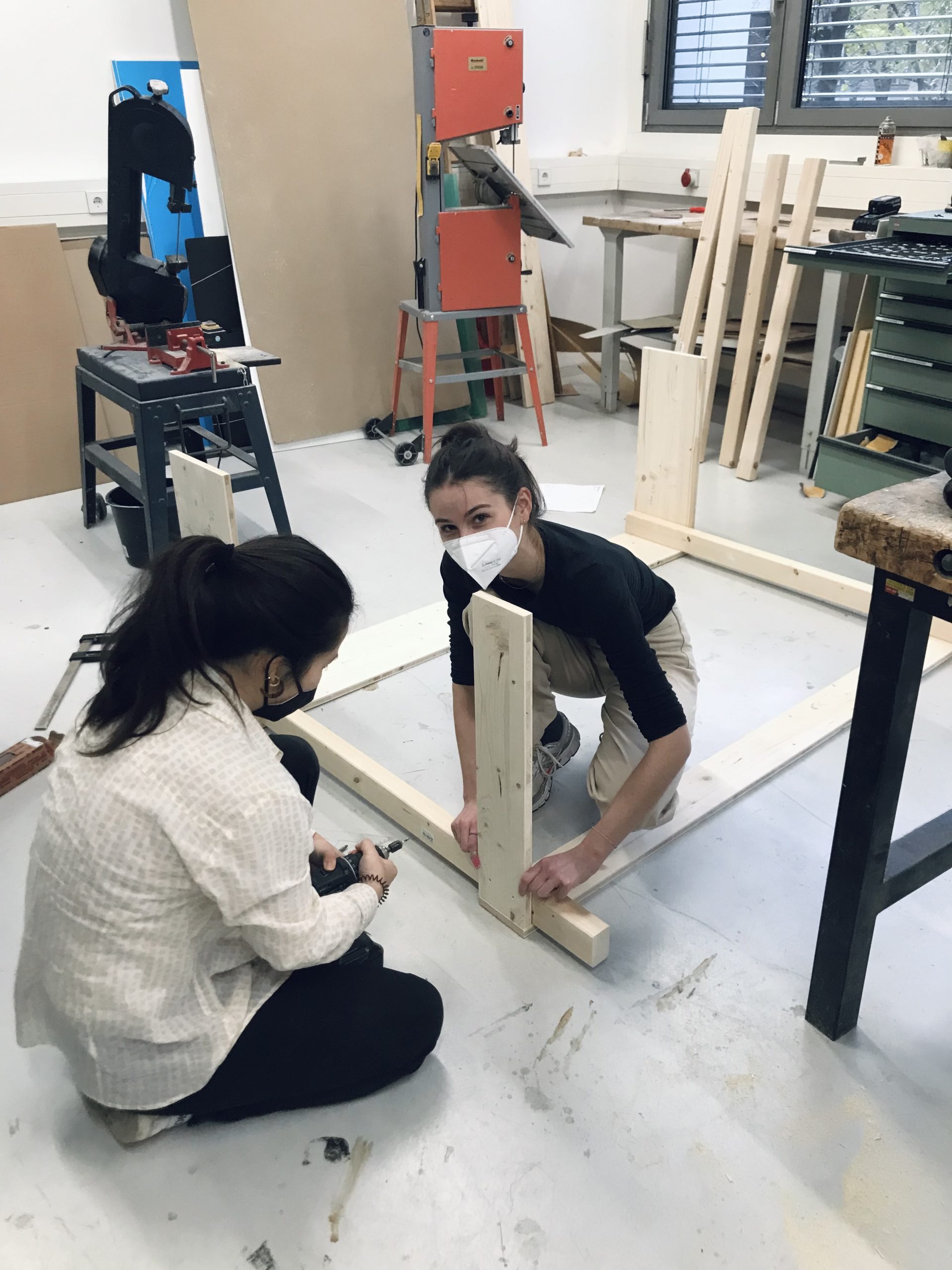 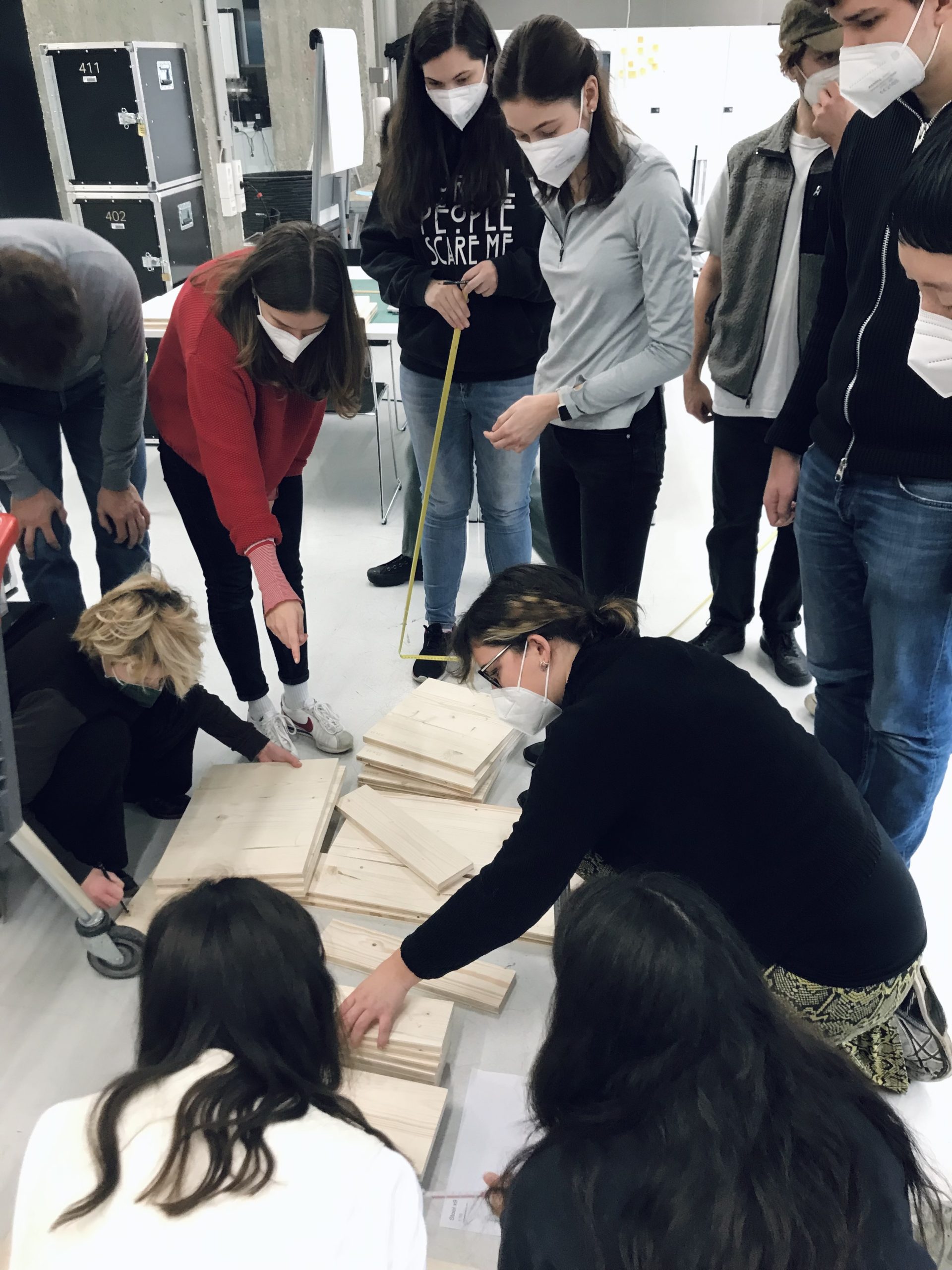 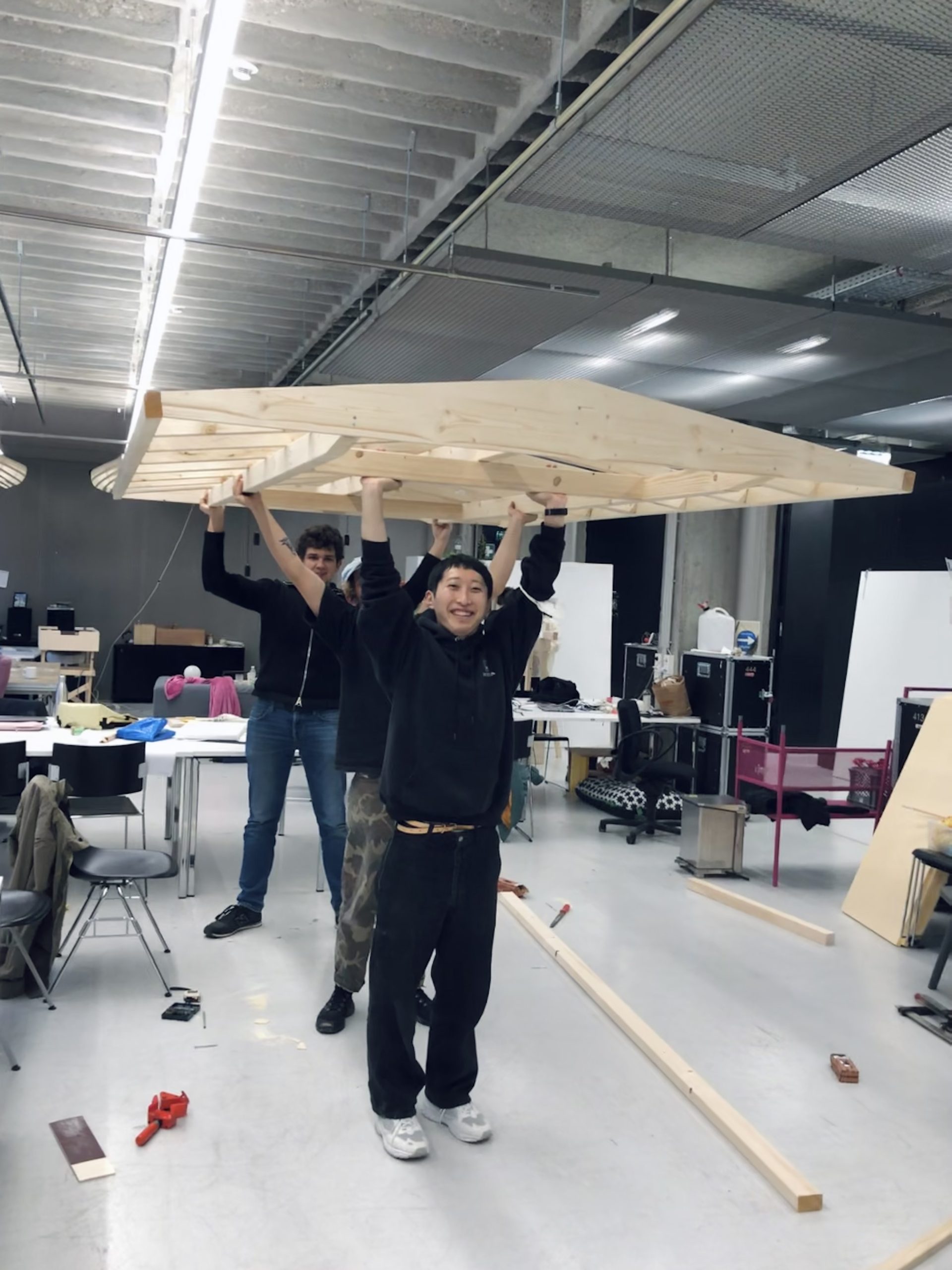 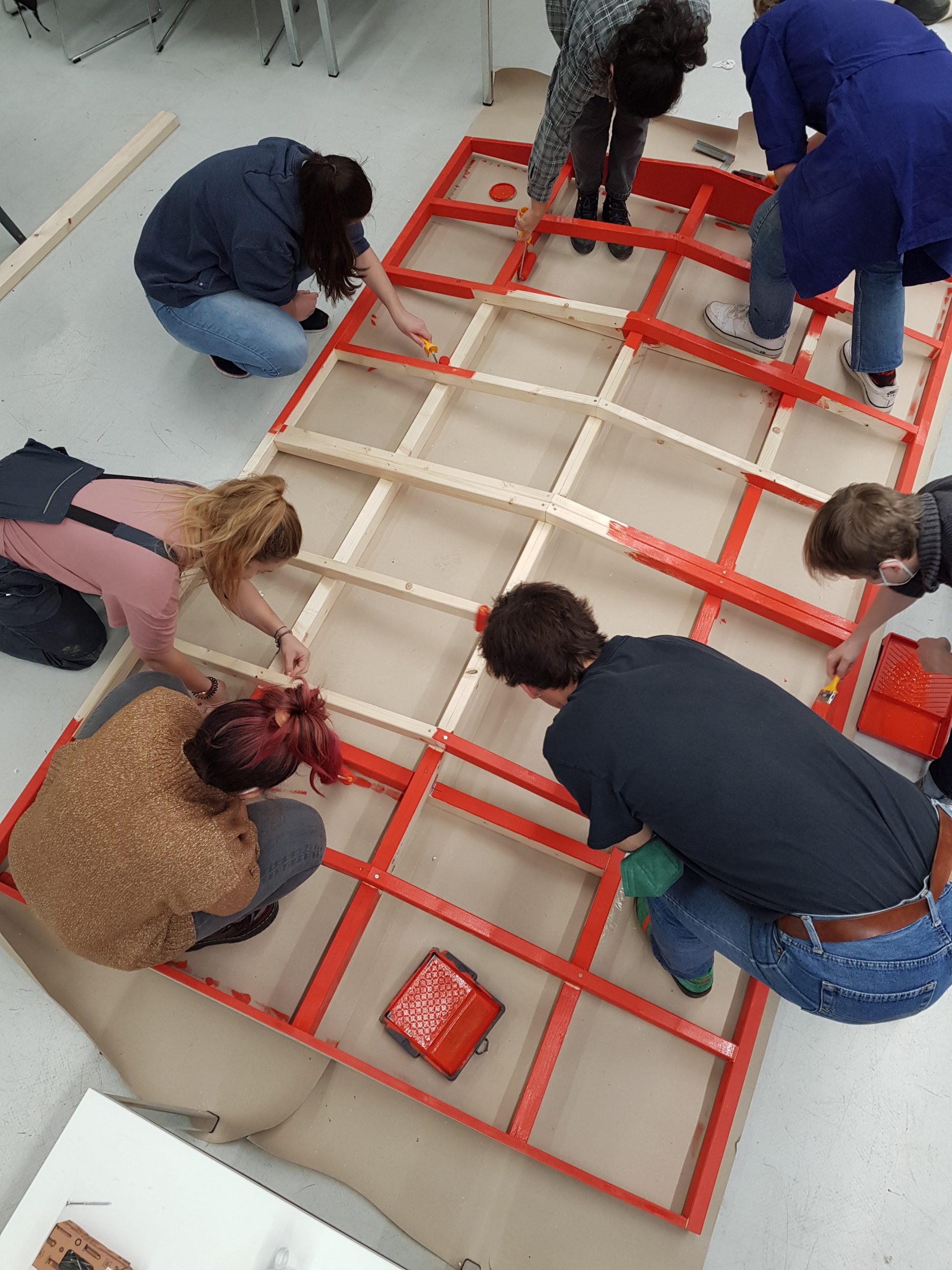 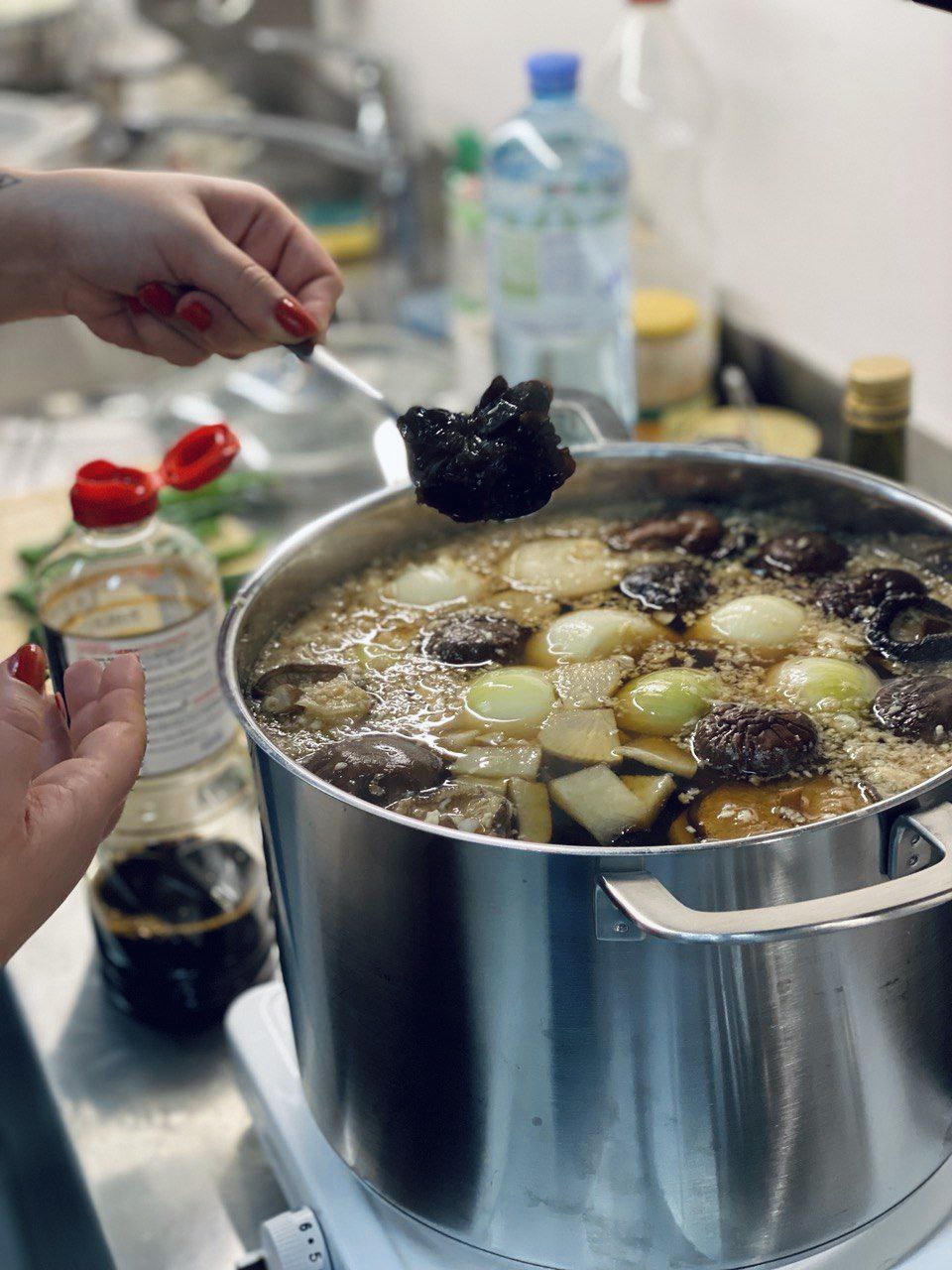 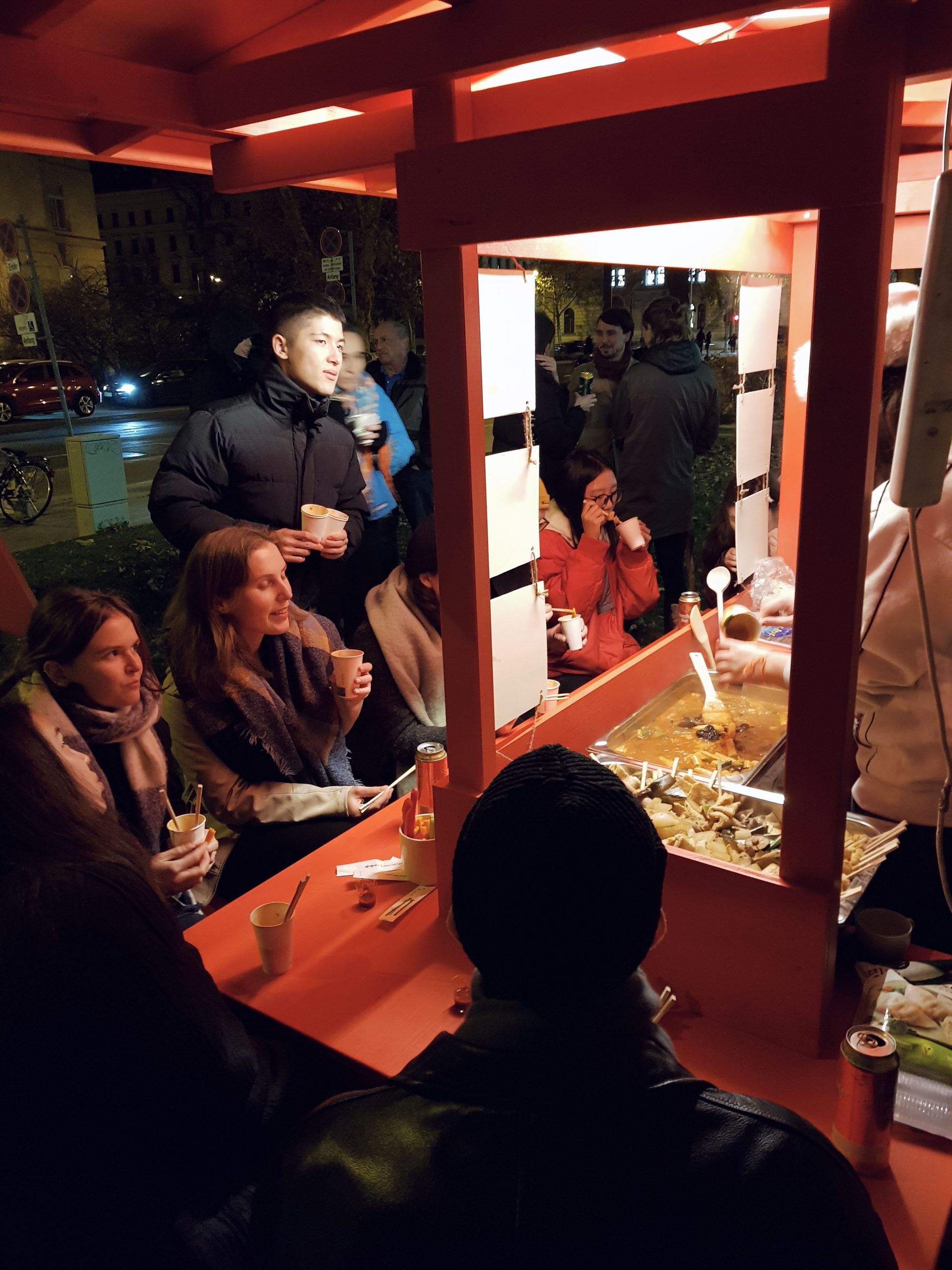 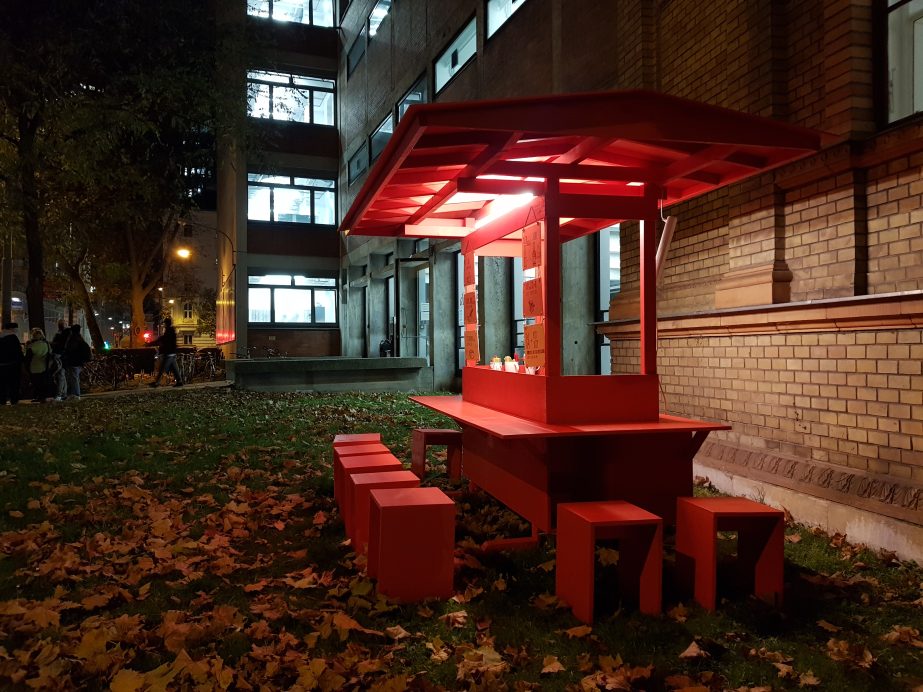 Some more information about Pojangmacha:

They are transient spaces that act as a buffer between the places of employment and the home.
They were especially important during phases like the booming but socially and mentally tough post-war years in the 60s and 70s. Overworked office employees had an informal place to decompress. Again during the 1997 Asian financial crisis and the World financial crisis from 2007 on the Pojangmacha were a place for both the overworked and the laid-off.
.
Pojangmacha are also a small pause of Confucian formal rules of conduct. People of different walks of life, ages and sexes huddle together under the protective tarps. Especially for unmarried couples they were one of the few places they could meet. Because the infrastructure is very limited, the food is simple but always good. The drinks served are beer and soju (Korean rice schnaps). Drinking without eating is not socially accepted to this day. This might be the reason why Pojangmacha, while being informal and lively, rarely are rowdy.
.
Pojangmacha were originally mostly run by middle-aged women. It was a way to earn a little extra money in an economy dominated by male salarymen. This also had a social effect: just as important as the food and the drinks were the conversations with the hosts and other guests.
In tough times Pojangmacha are like a bubble of solace. 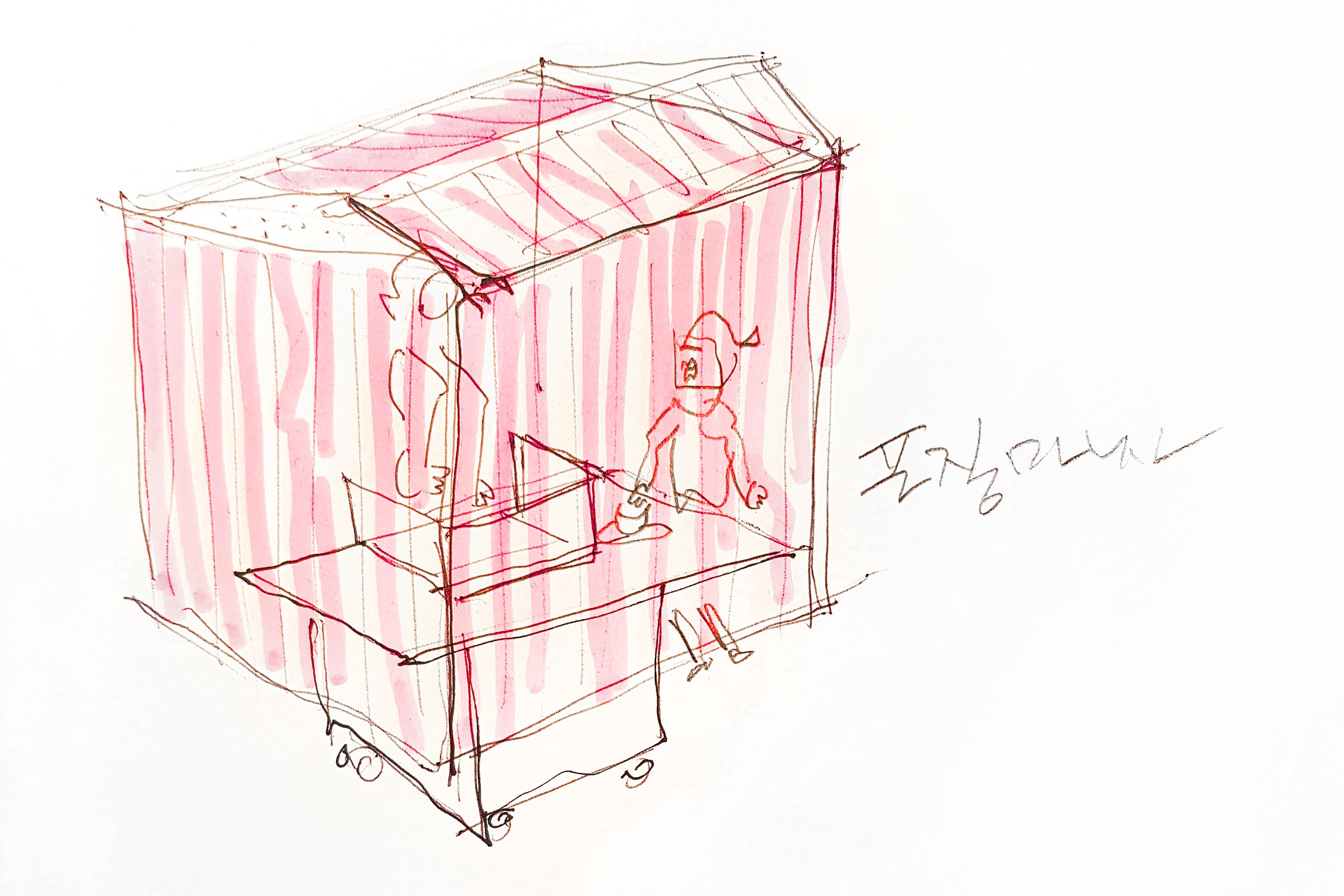 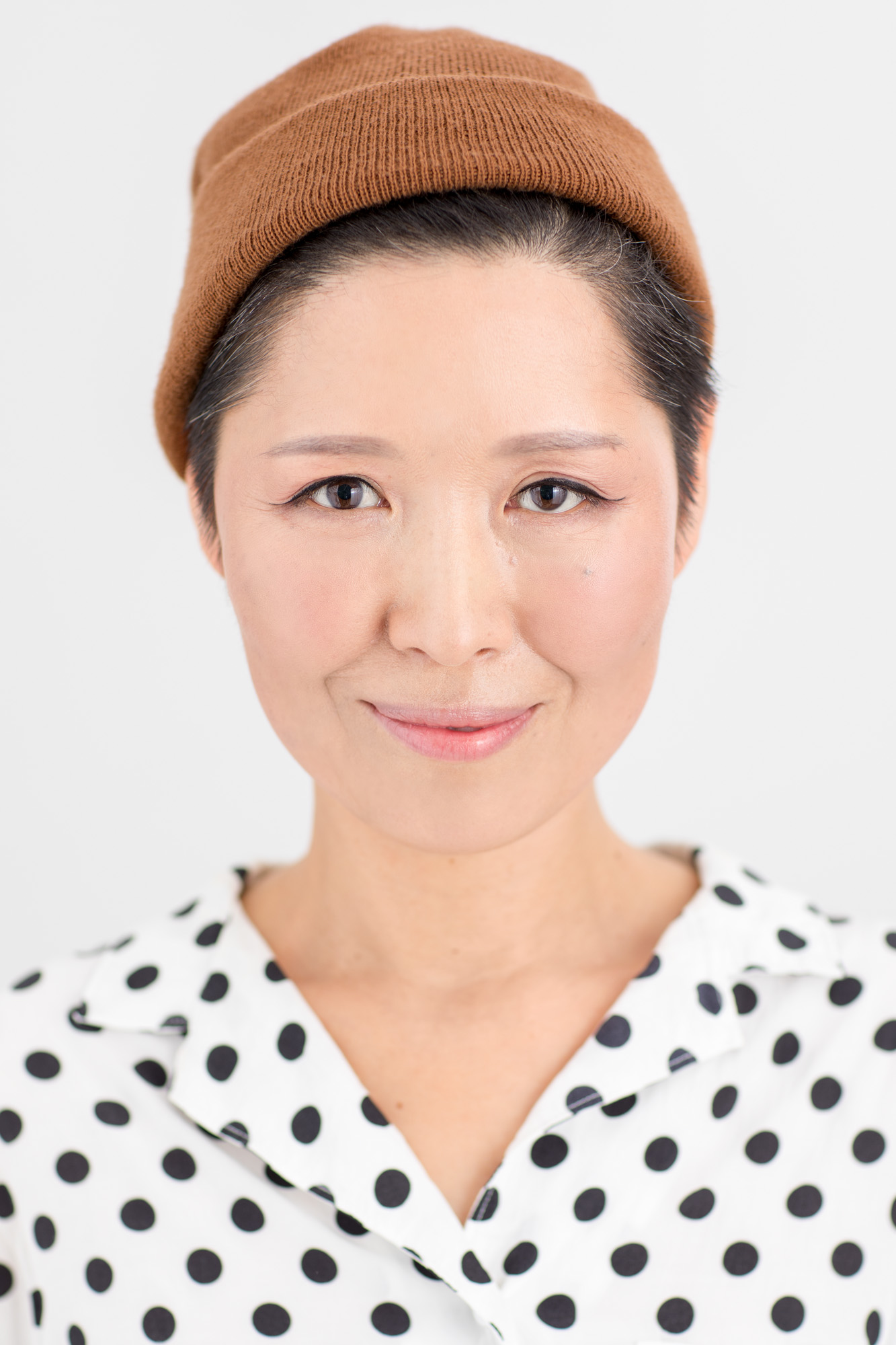