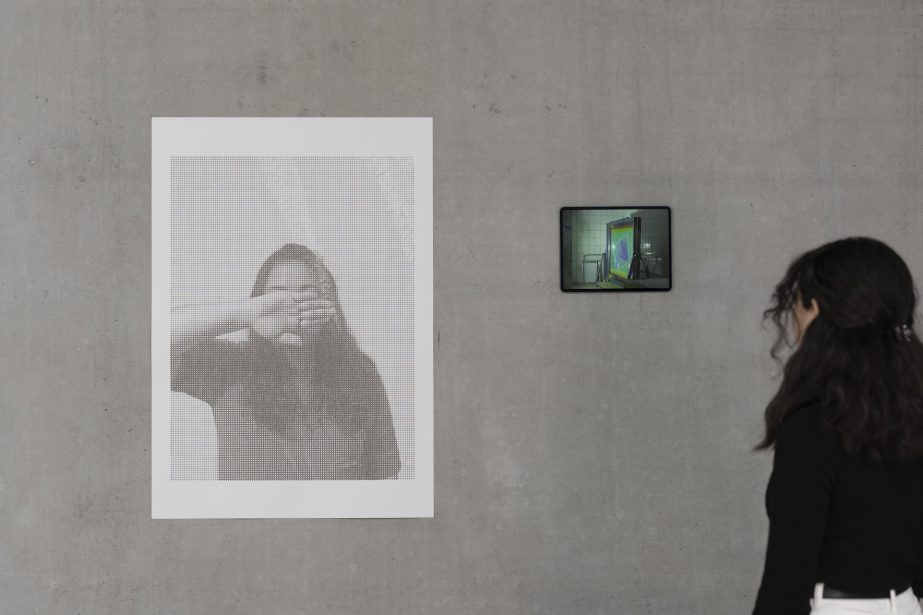 “The Cleanroom Paradox” dismantles the deceptively pristine image of the high-tech industry and unveils the systemic suppression of occupational, toxic hazards at semiconductor production sites.
.
The work comprises a gradually disintegrating, custom print of a former Samsung factory worker and a video documenting the portrait’s creation. The visual essay is superimposed with the personal stories of former workers and experts in the industry, telling their cases of insufficient protection of health, untimely illnesses and the corporate renouncement of the likely connection of both. As a visual analog, a former Samsung factory worker was screen-printed with a corrosive ink created of chemically dissolved smartphones. She was diagnosed with kidney cancer after her time working there.
.
The project makes a clear point in illustrating that fates like hers are not isolated cases and can be traced across the industry in the Eastern as well as Western Hemisphere. 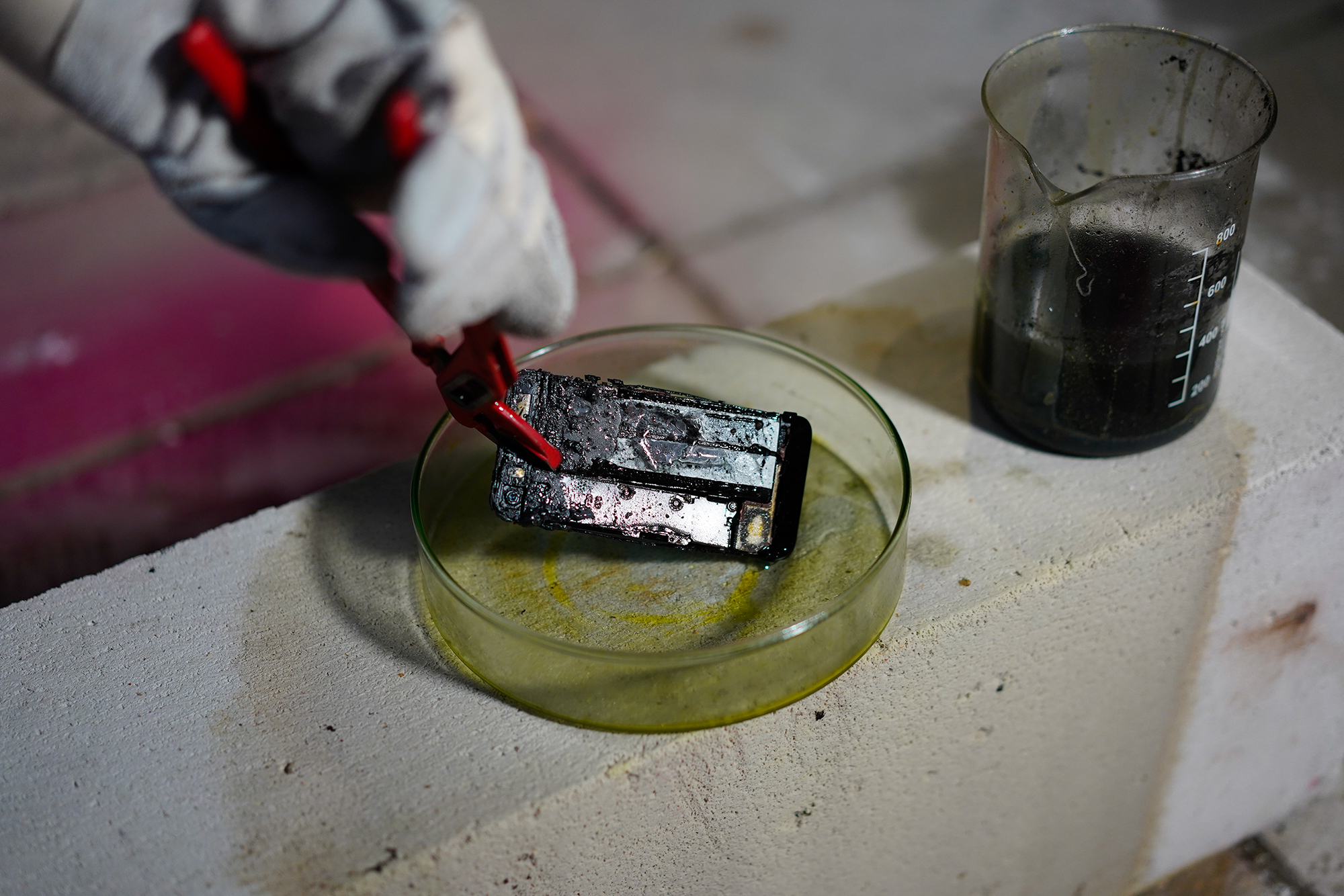 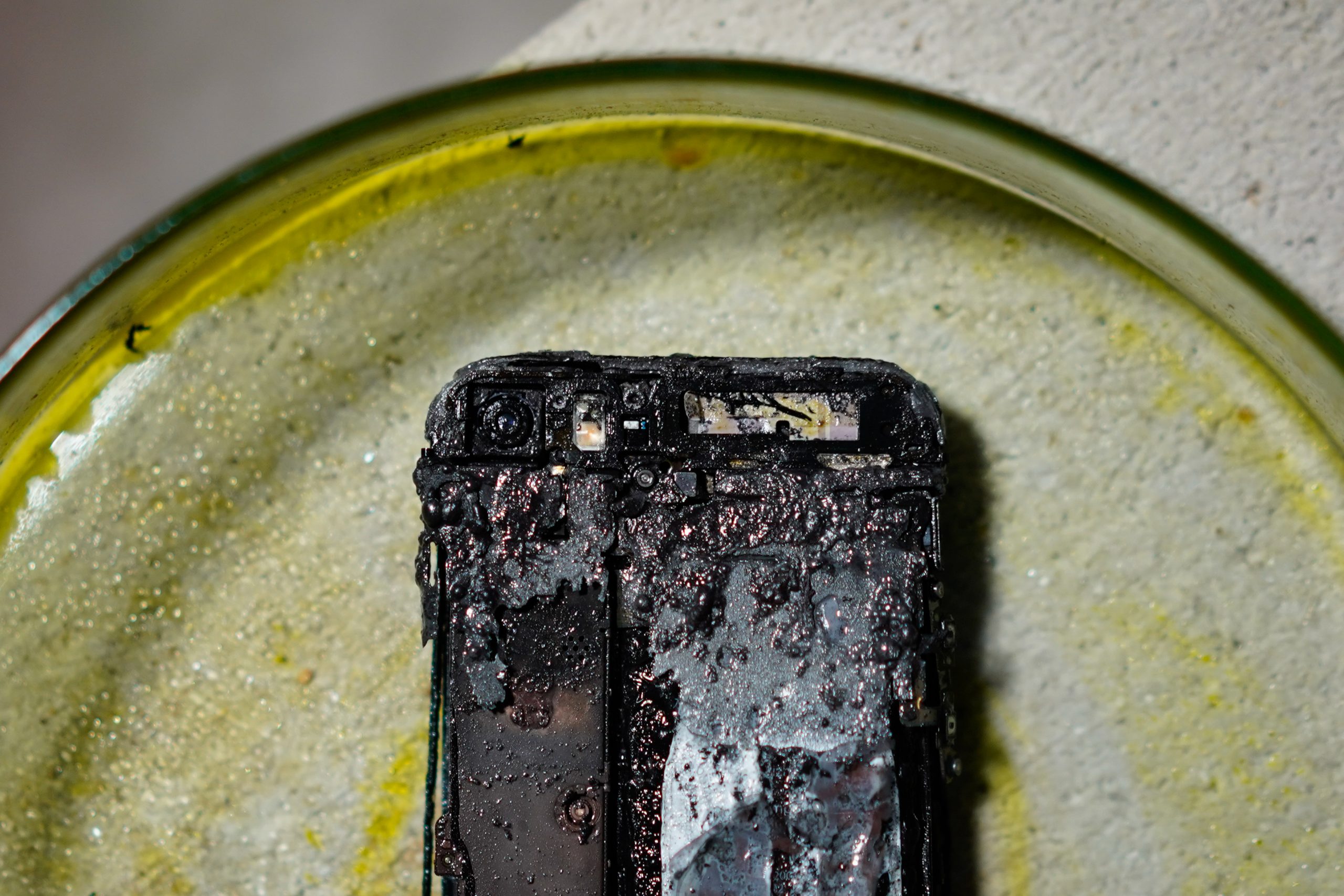 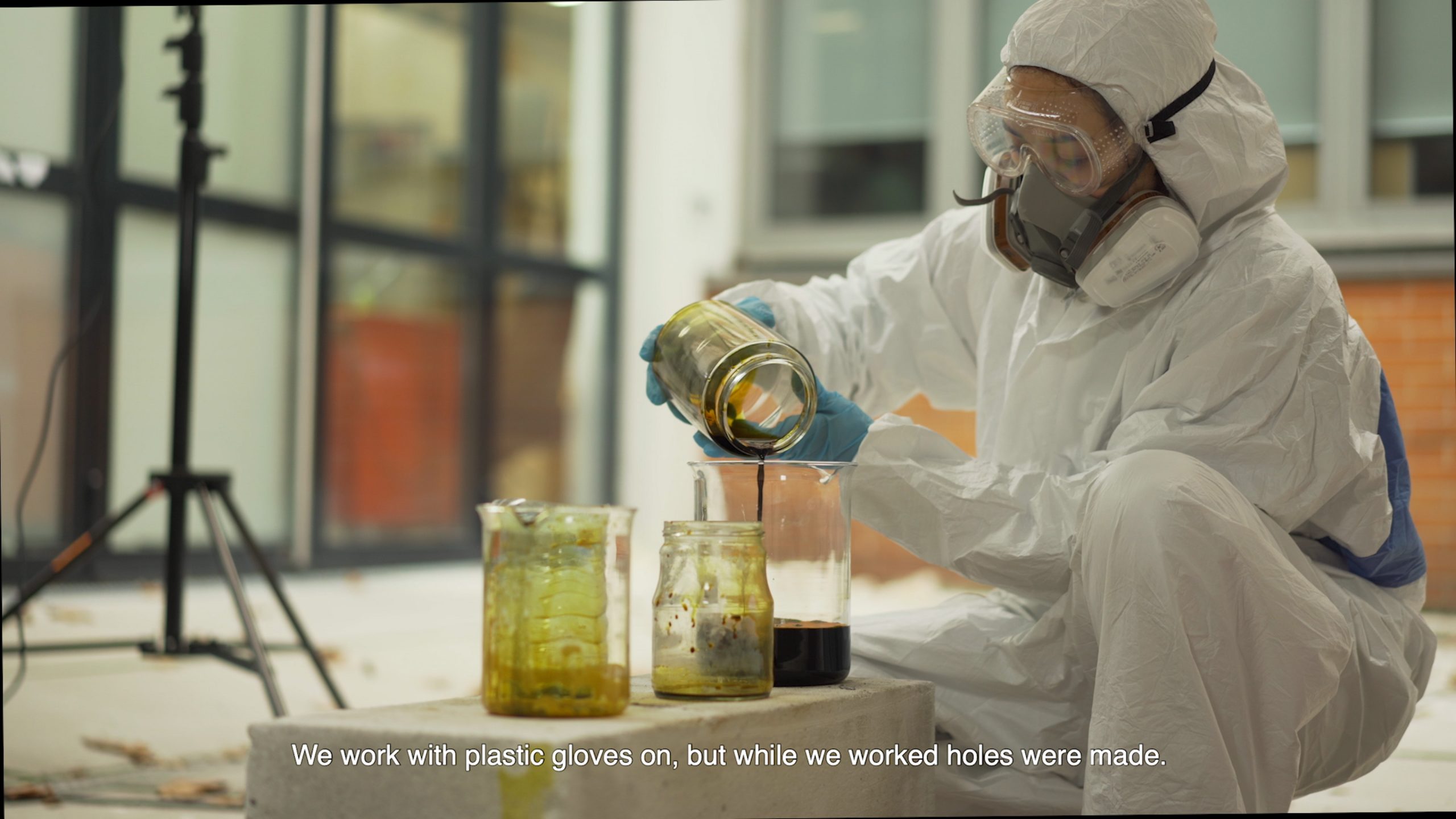 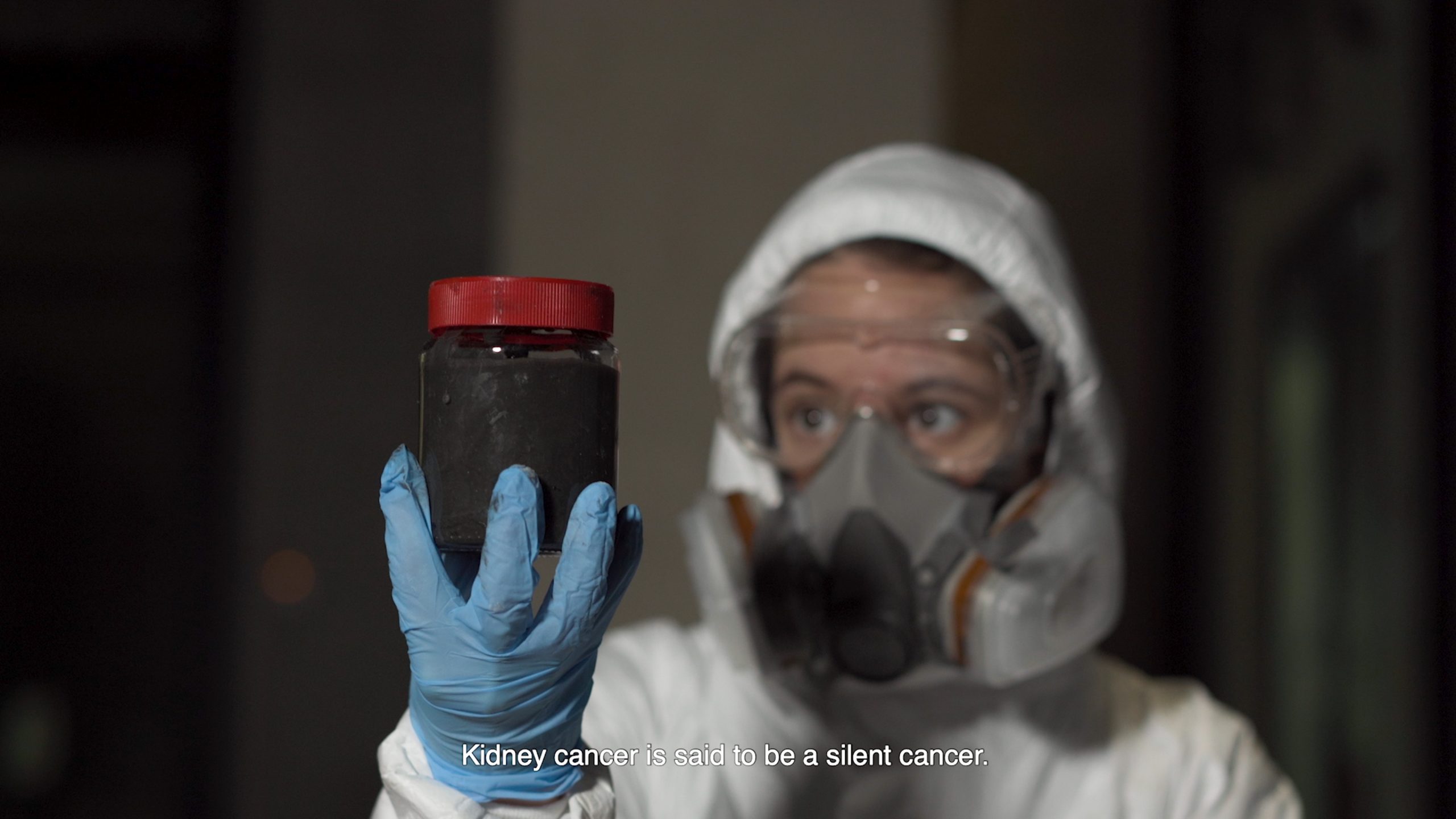 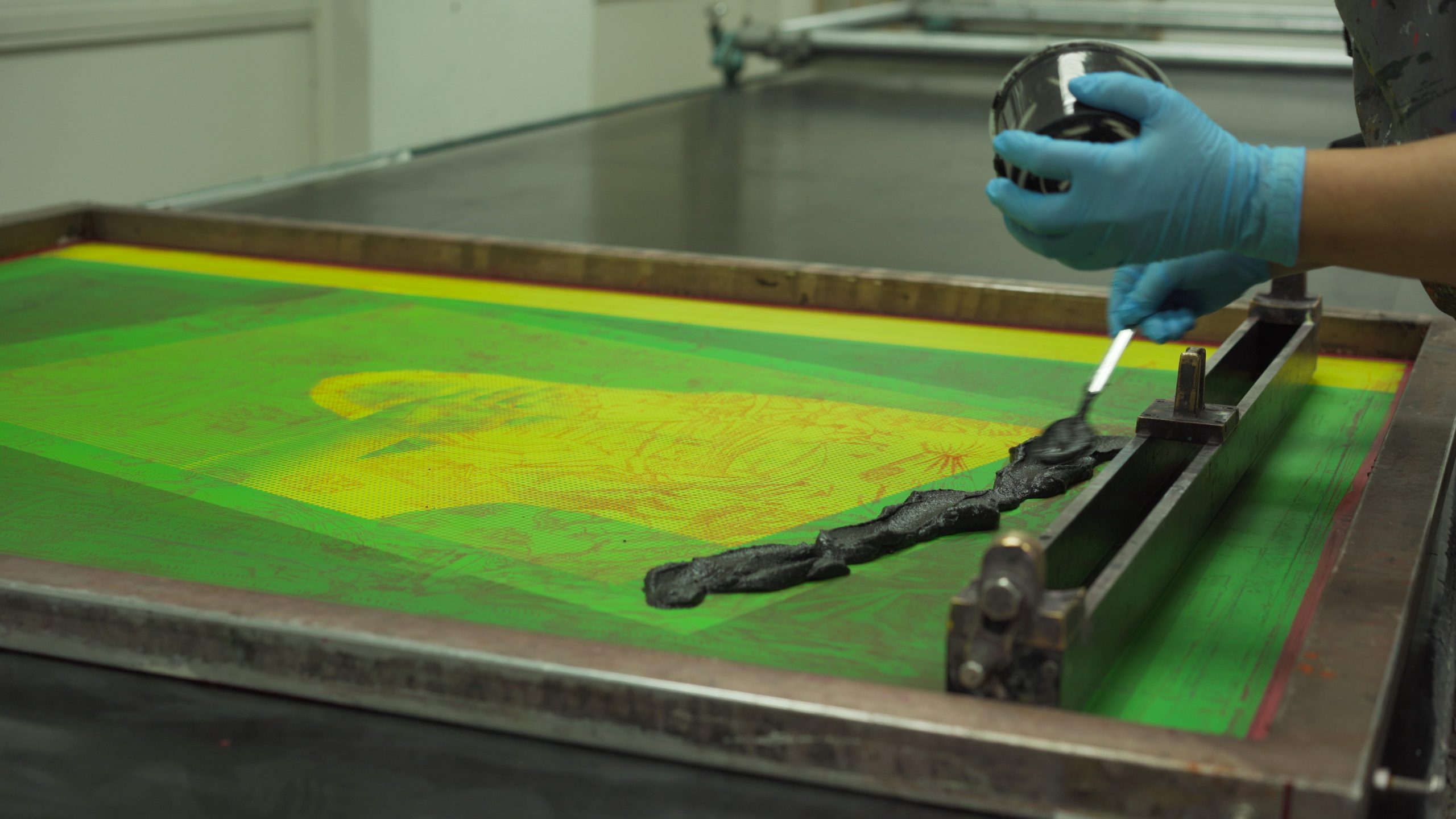 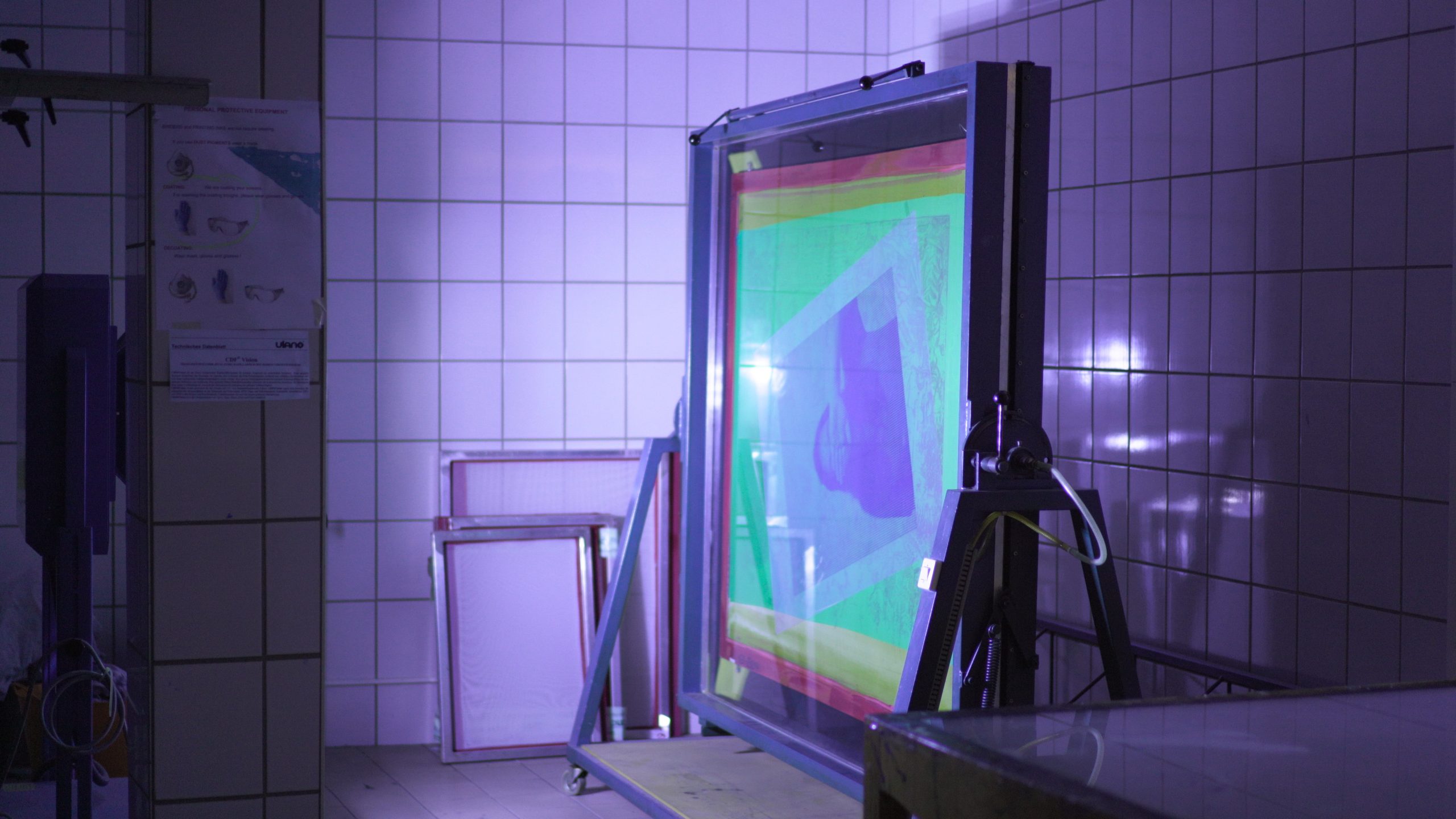