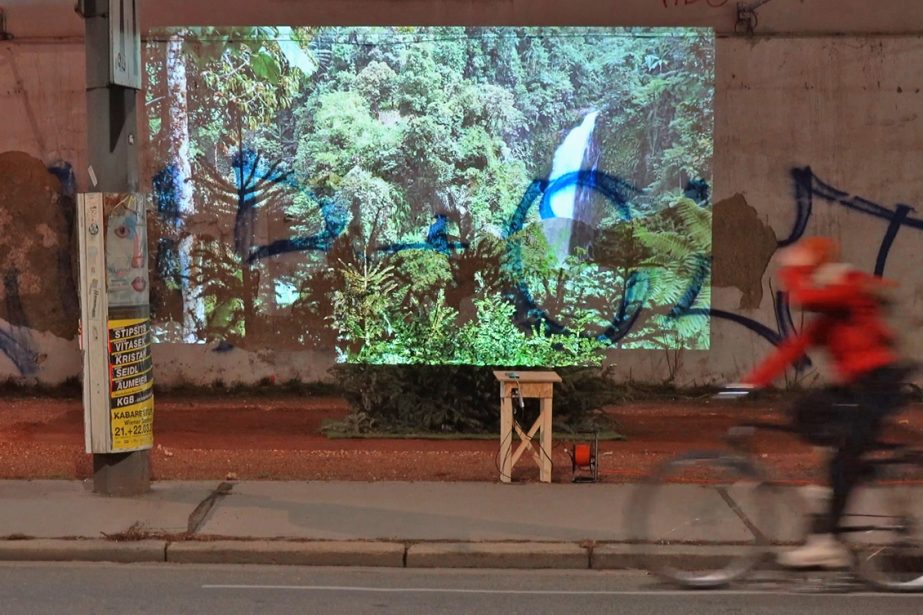 ‘Spectator to Co-Creator’ is a project with multiple interventions in public space which temporar­ily claim and redefine it, and by that, aims to guide people to gaining a new perspec­tive on the space. By opening up a dialogue through the performances, observers can transform from distant spectators to co-creators of their immediate surroundings.
.
The project started with a thorough investigation into Vienna’s unused spaces and engaging people to participate in unearthing the spaces’ multifaceted potential. We focussed on a square in a lively residential area close to the city center which, despite it’s high visibility and size, has been left open and empty for decades. Projection became the tool and medium to put the space into spotlight – simultaneously creating an immersive, enhanced expe­rience for passersby from the neighborhood. Throughout several weeks we transformed the square through three different, repeated acts: 1 The tennis game. 2 The rainforest utopia. 3 The public cinema. All three interventions expressed a different nature or man­ner. Landscaping the square into a green oasis was contemplative, the tennis game, inspired by the red clay ground of the square, was of a playful nature and the public cinema which screened student films was a spontaneous social event. All of them triggered curiosity and interest in the space from the observers, starting conversations and raising questions.
.
What could spaces like these be alternatively? 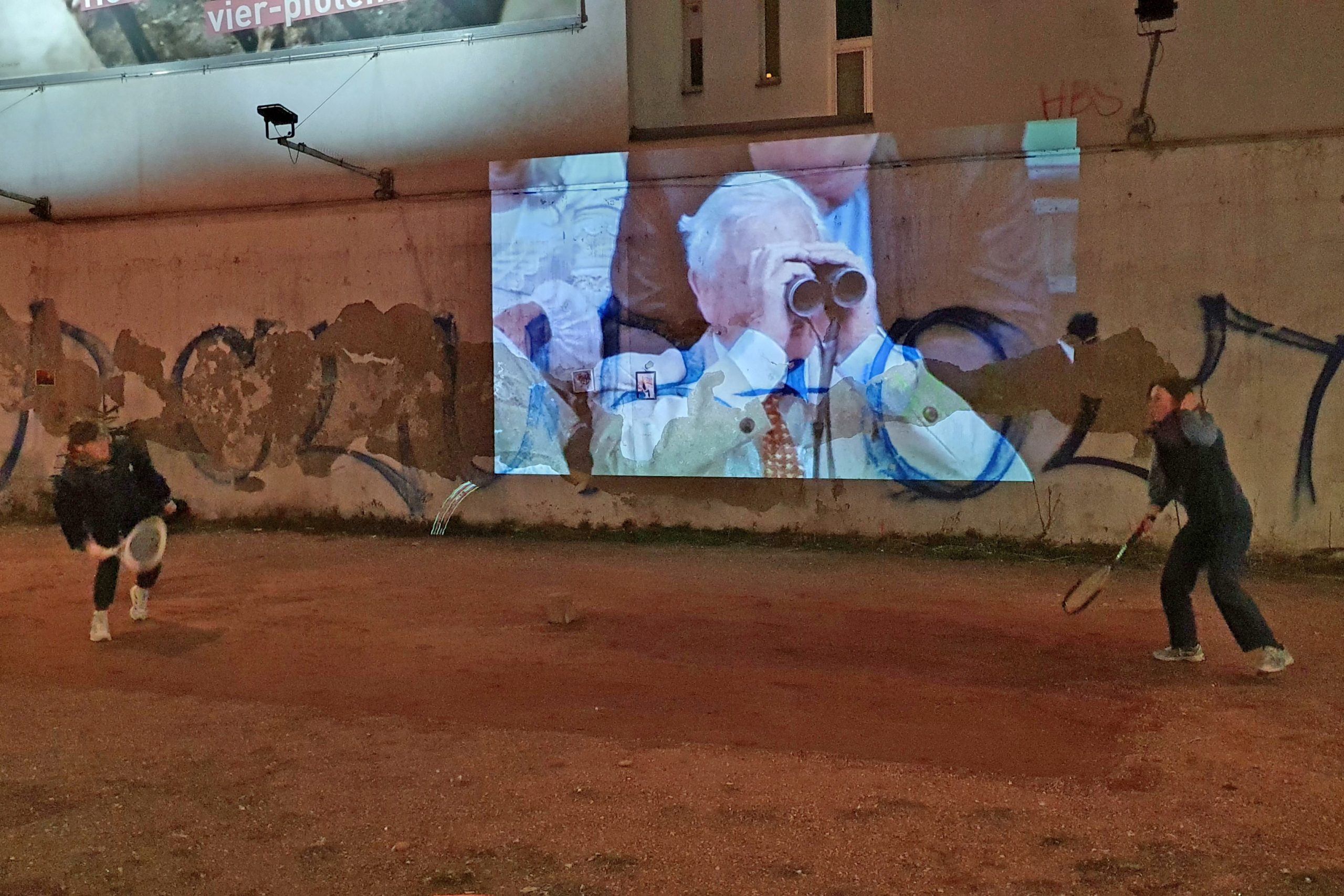 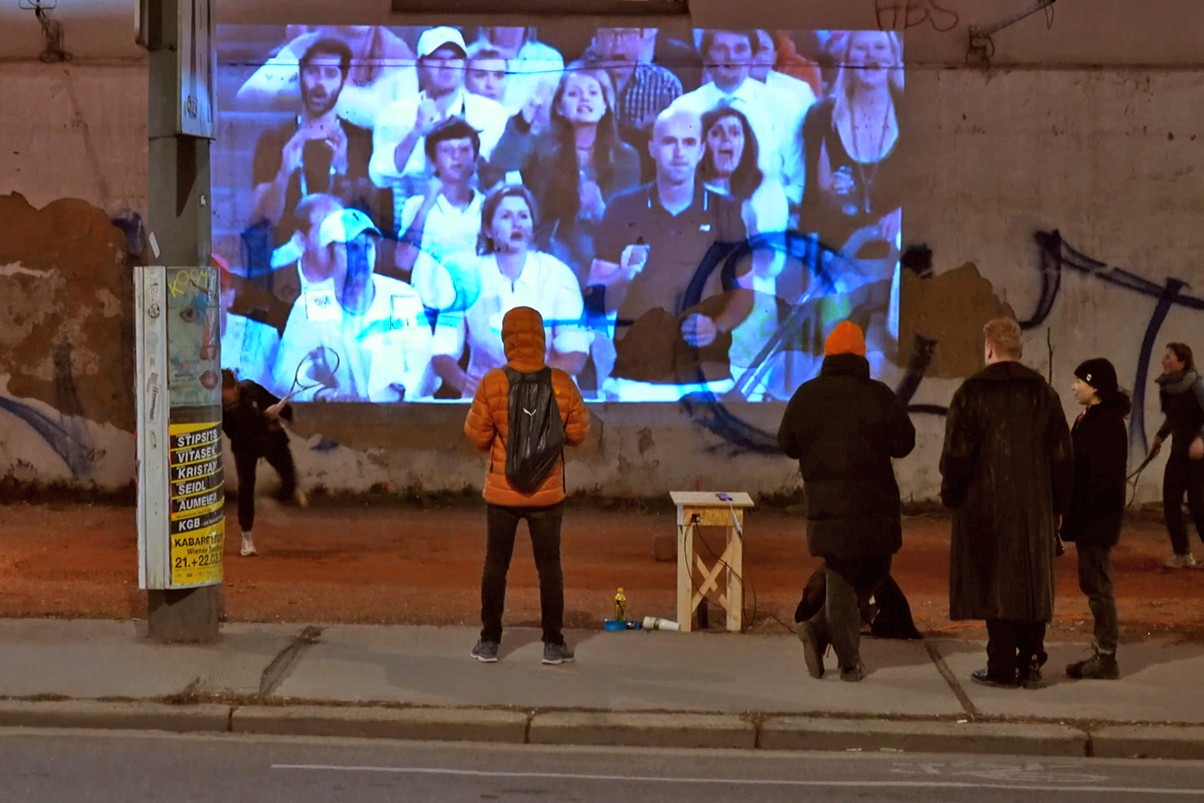 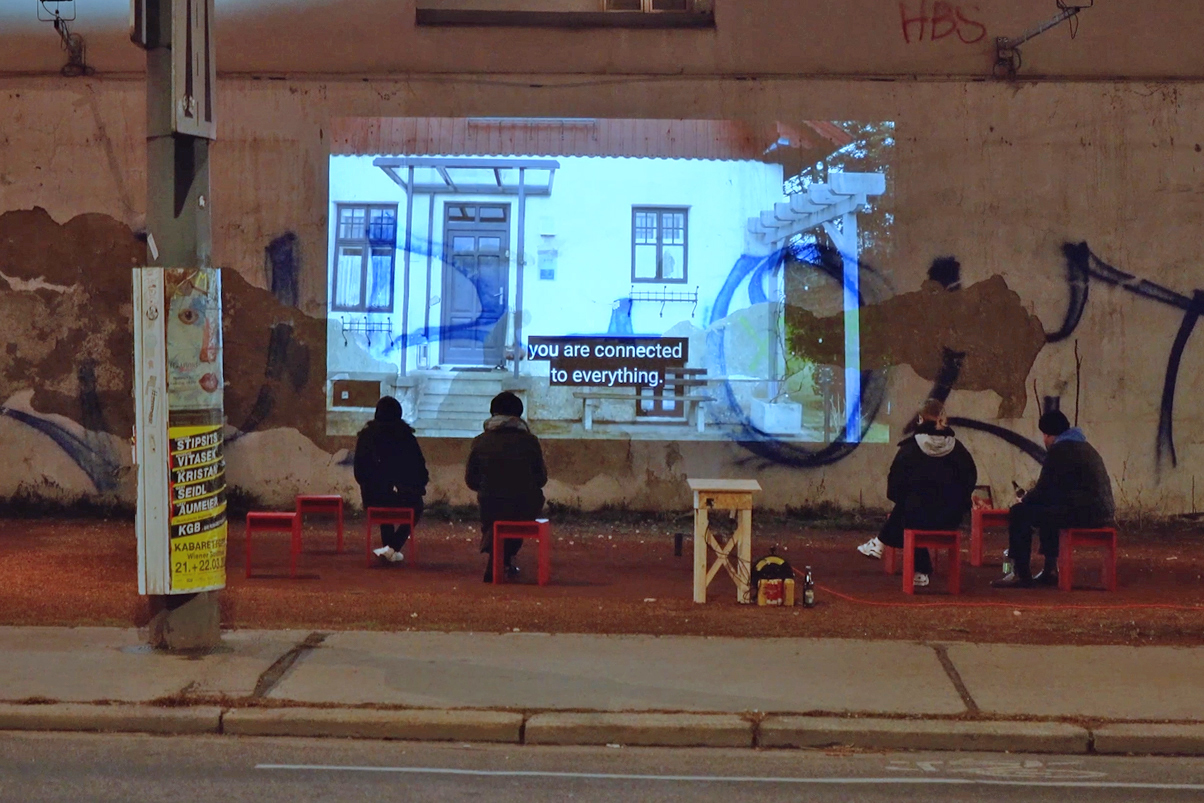 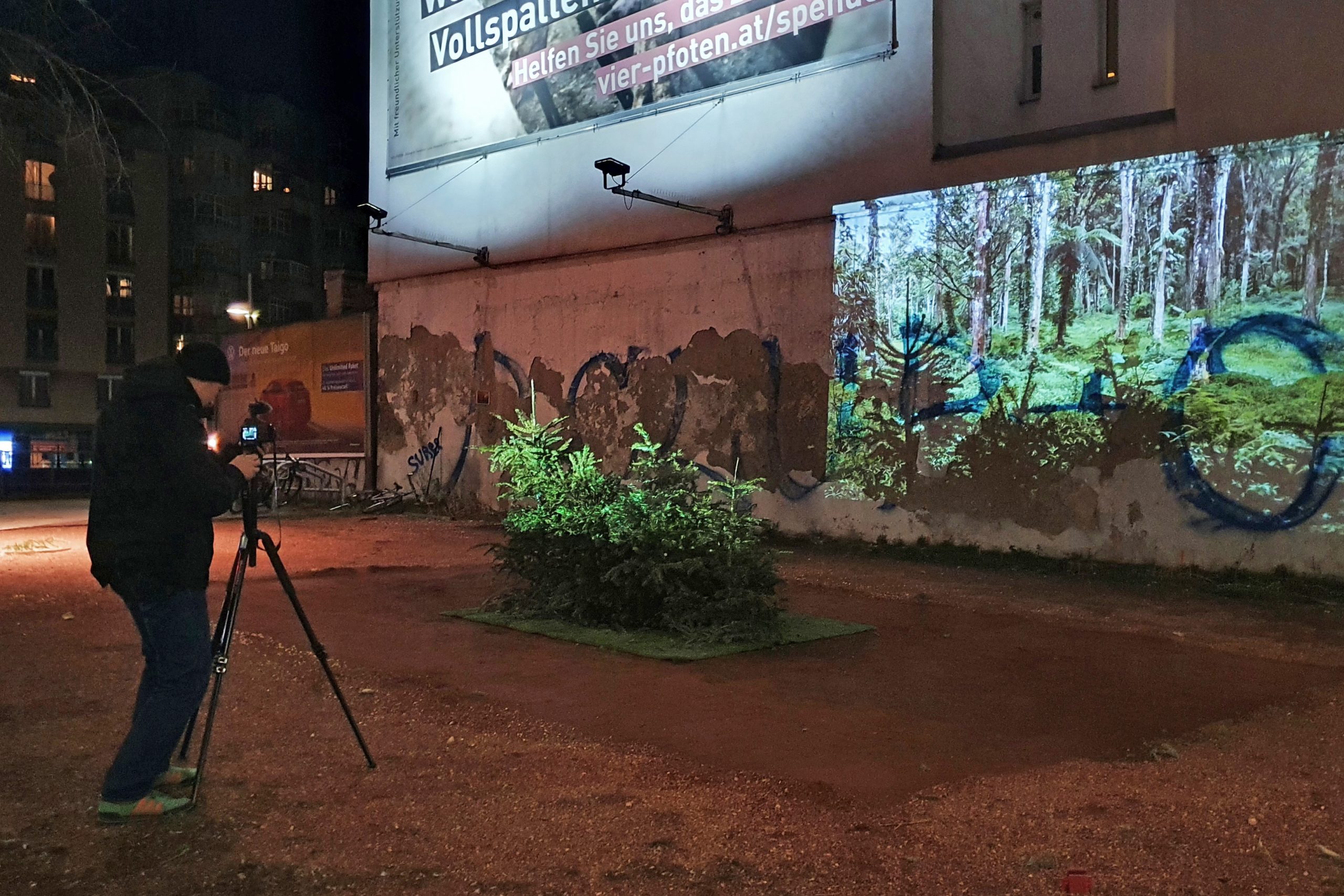 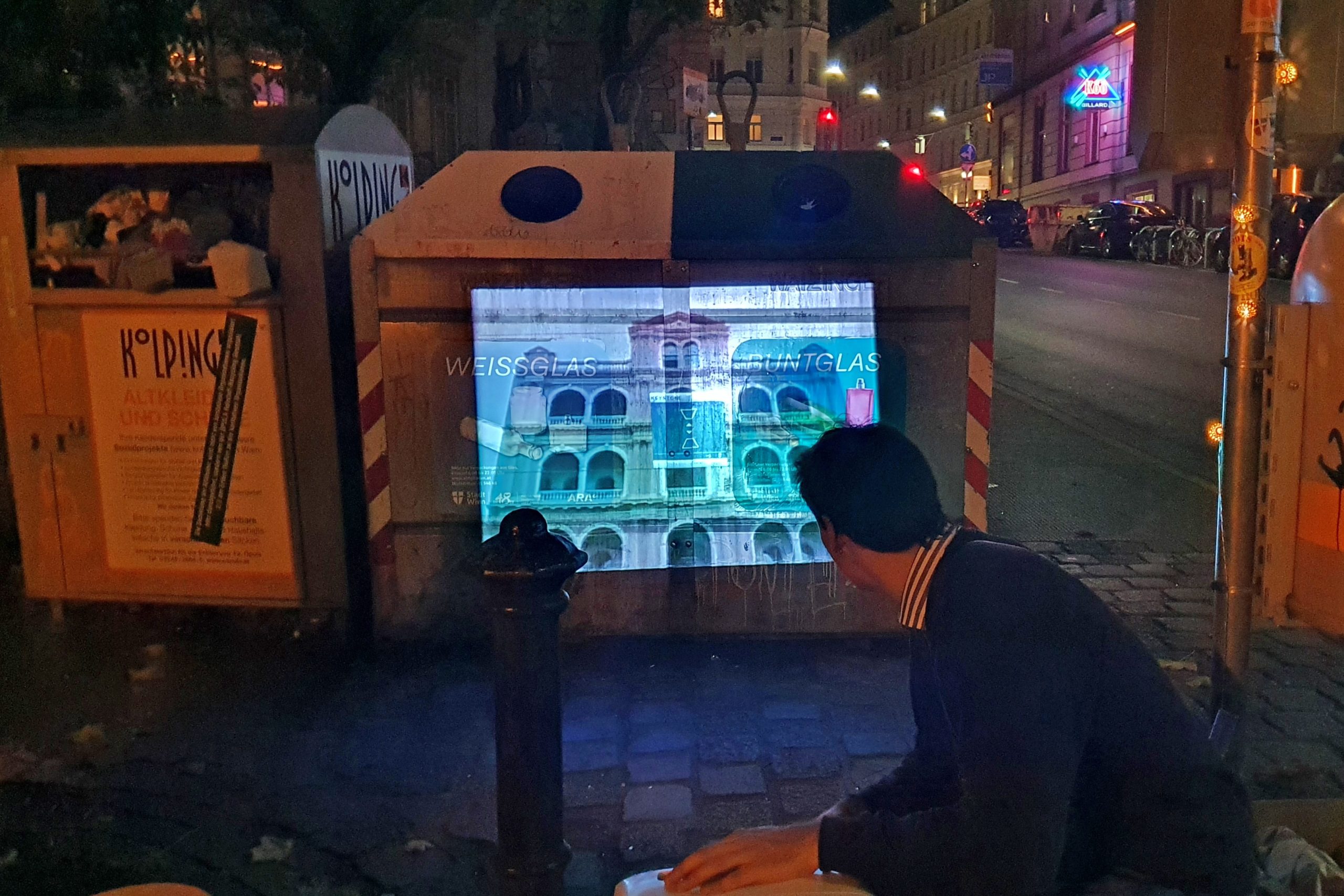 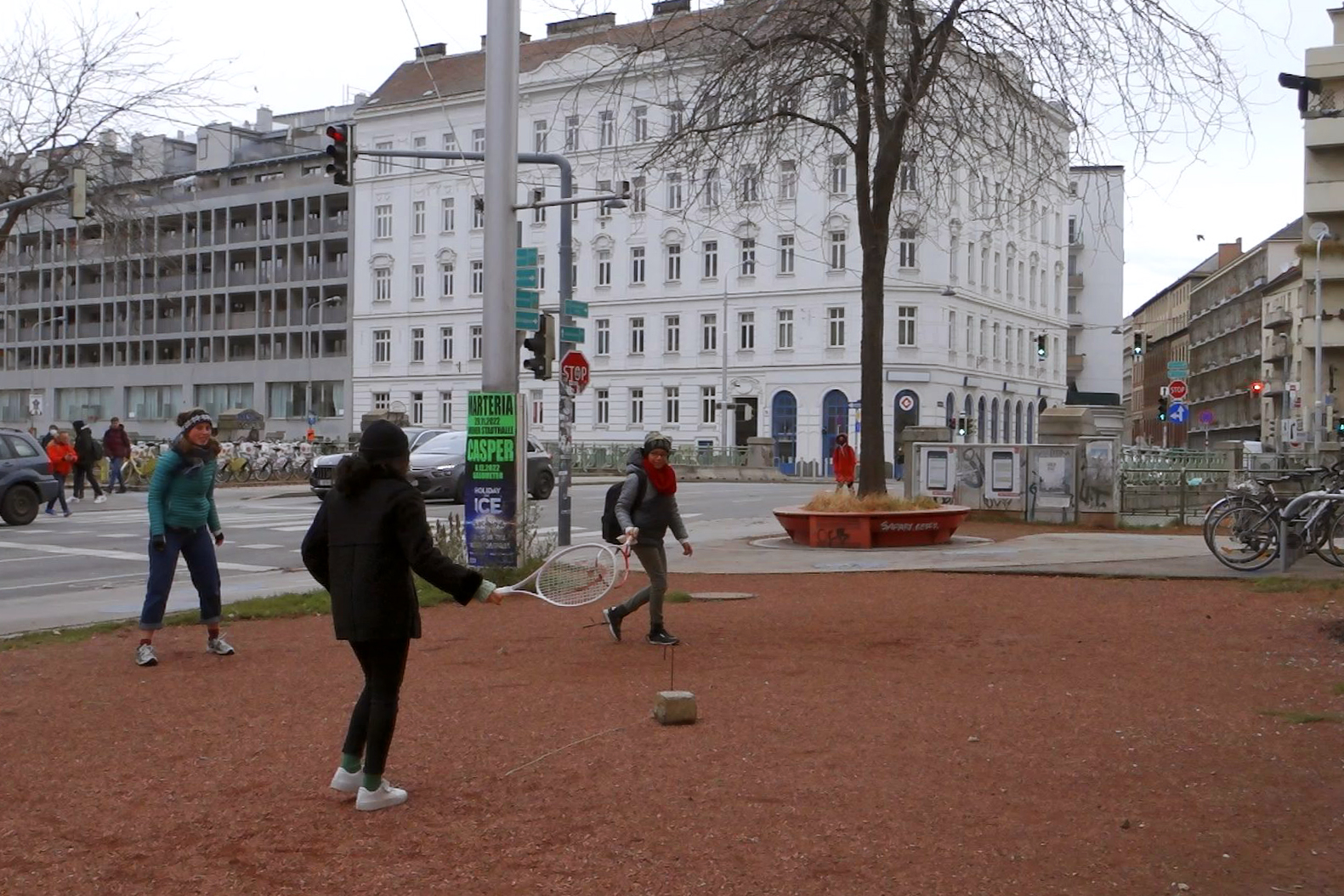 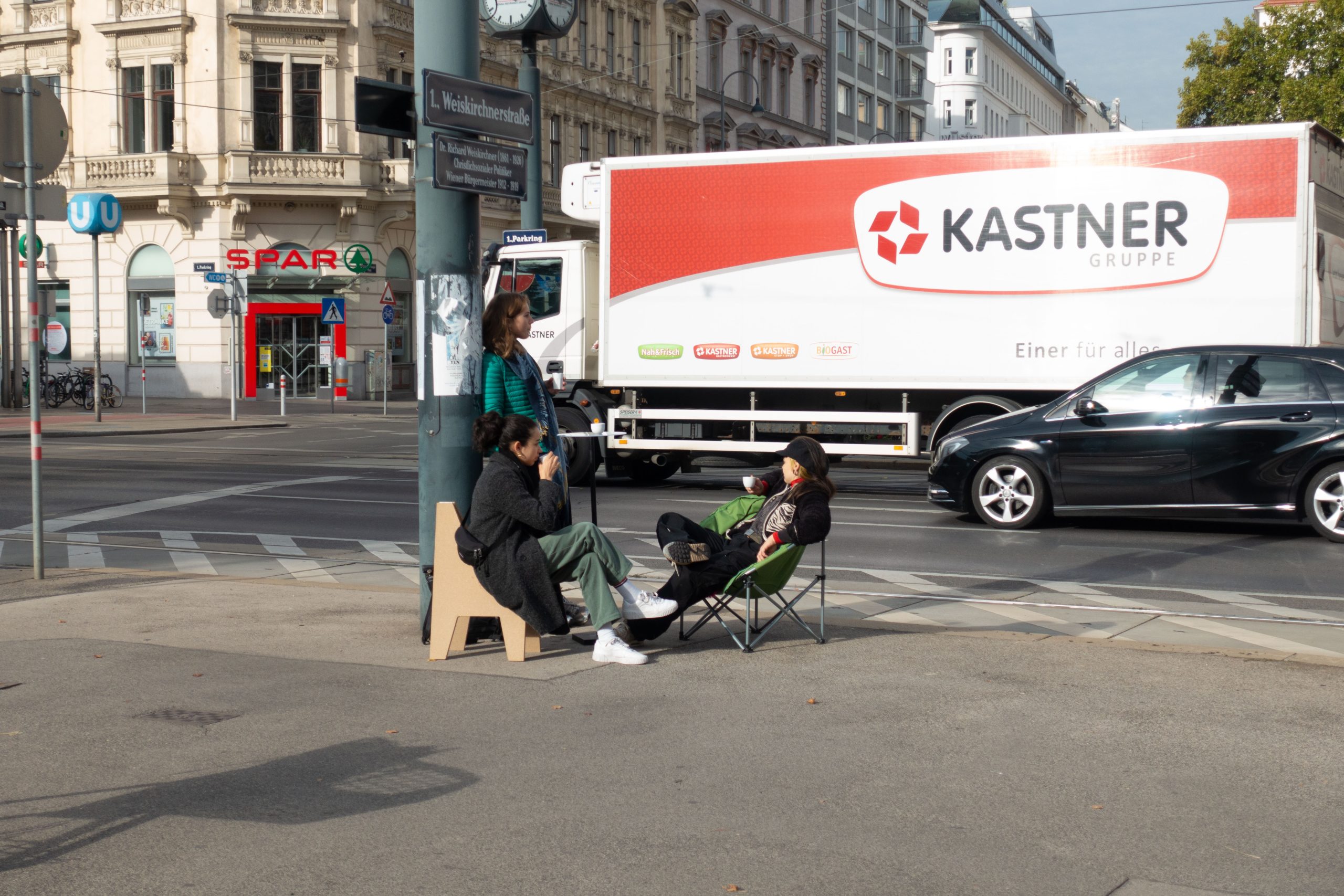