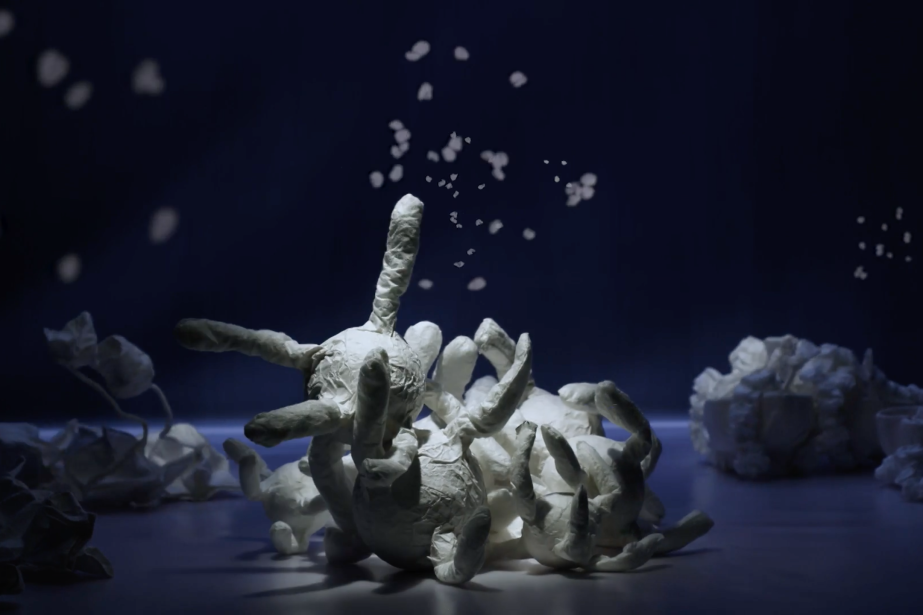 ‘Much wants more’ is a project responding to our semester brief ‘Jelly Worlds’, where we, Design Investigations, partnered with Vienna’s Natural History Museum to imagine and speculate deep time and alternate evolutionary histories. The brief emerged from NHM’s desire to explore stories around the recently discovered Gabon fossils that suggest multicellular life existed 2 billion years ago.

“Much wants more” is a short film portraying the fragility of structures in nature. The film takes the viewer on a journey to deep time, showing a glimpse of how the life of the Gabonionta could have evolved.

We developed a story around one main character, called Much. We decided to use stop-motion as a filming technique, to make the fictional world tangible for the viewer. Handmade creatures from rice paper reflect the fragility in their story and create empathy for the characters.

Light, the most vital resource of all living beings, plays a central role in the film. While sharing the information where light is to be found, the fictional species live in balance with their surroundings, until an unexpected event happens. 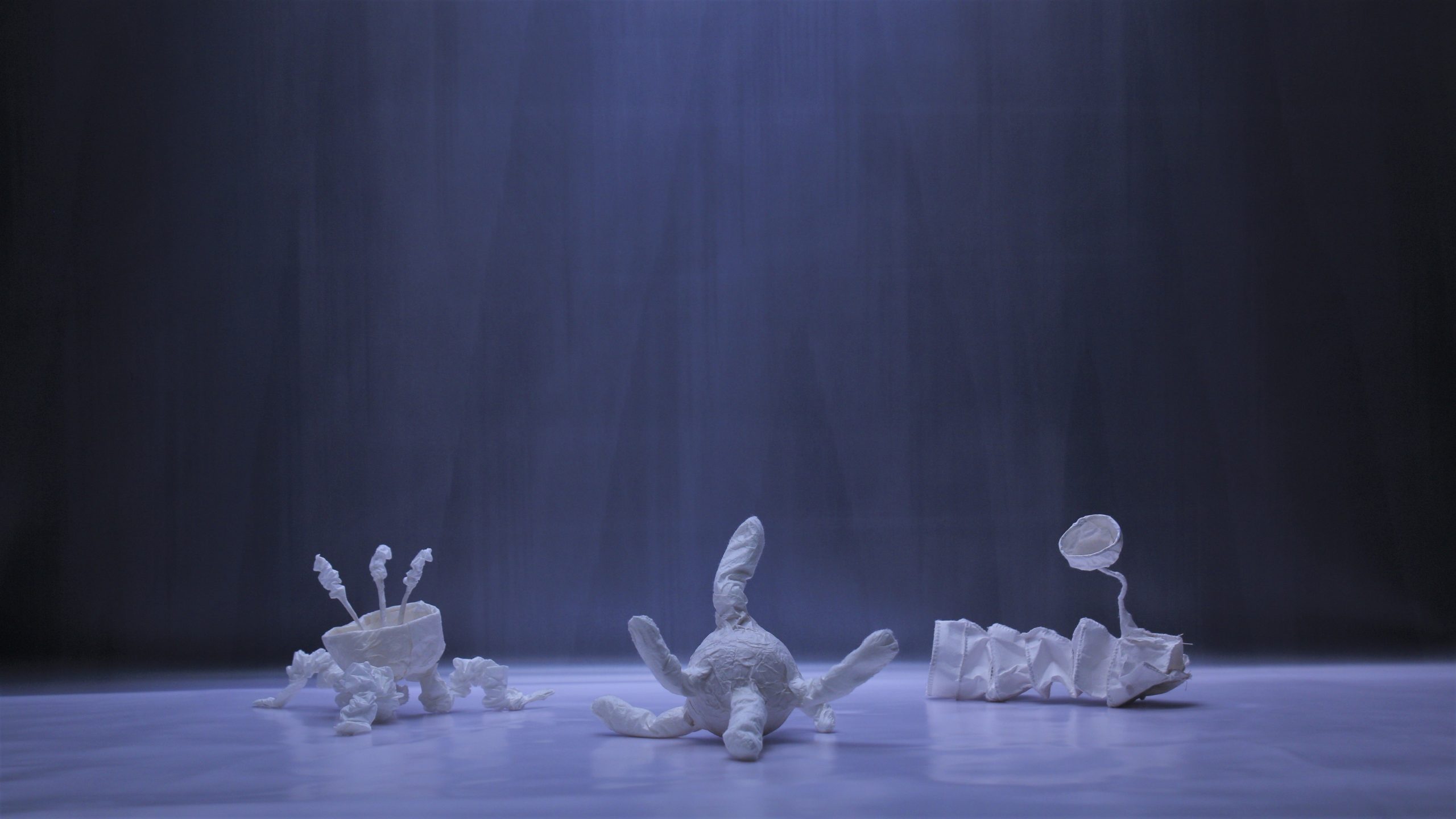 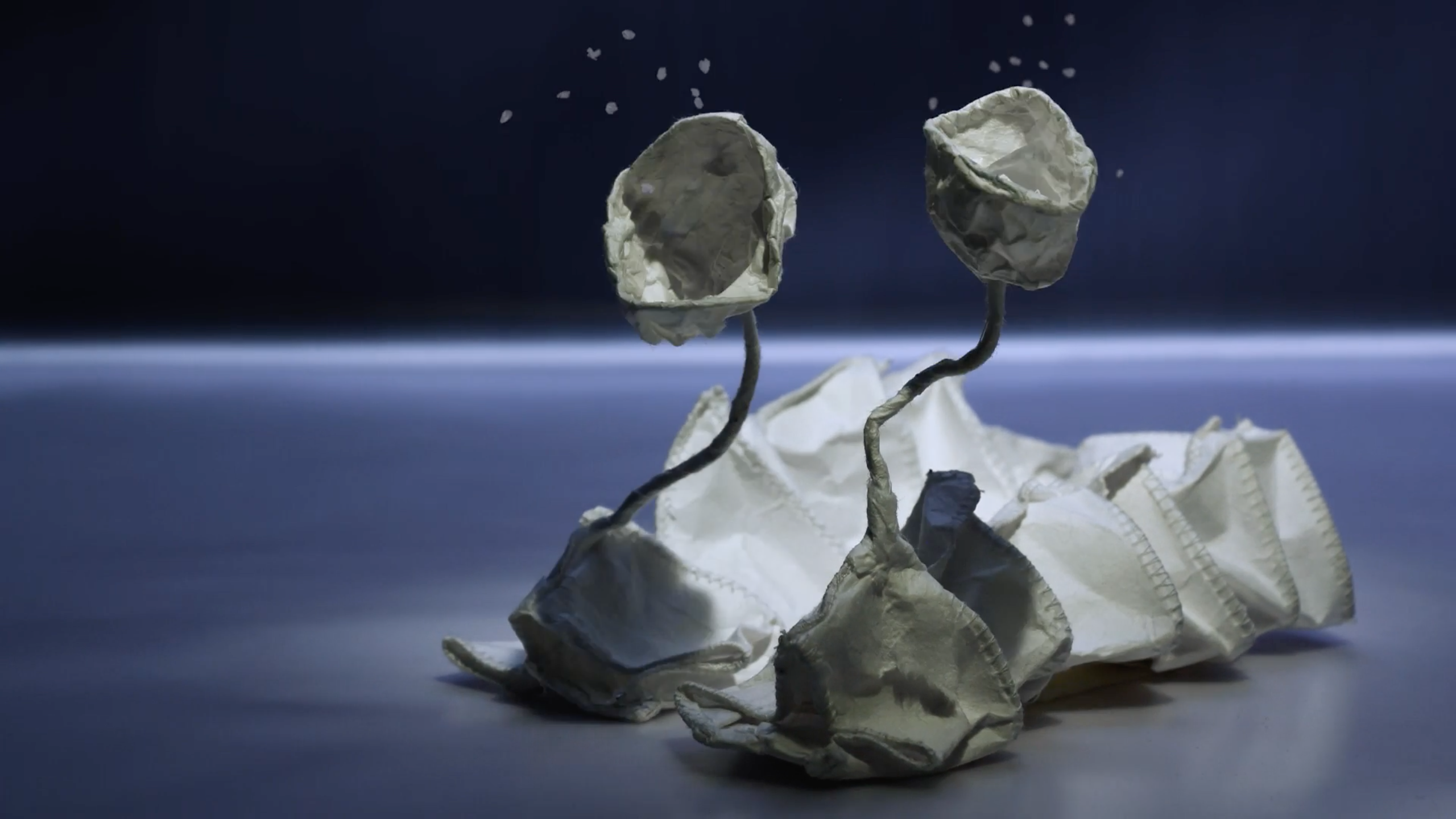 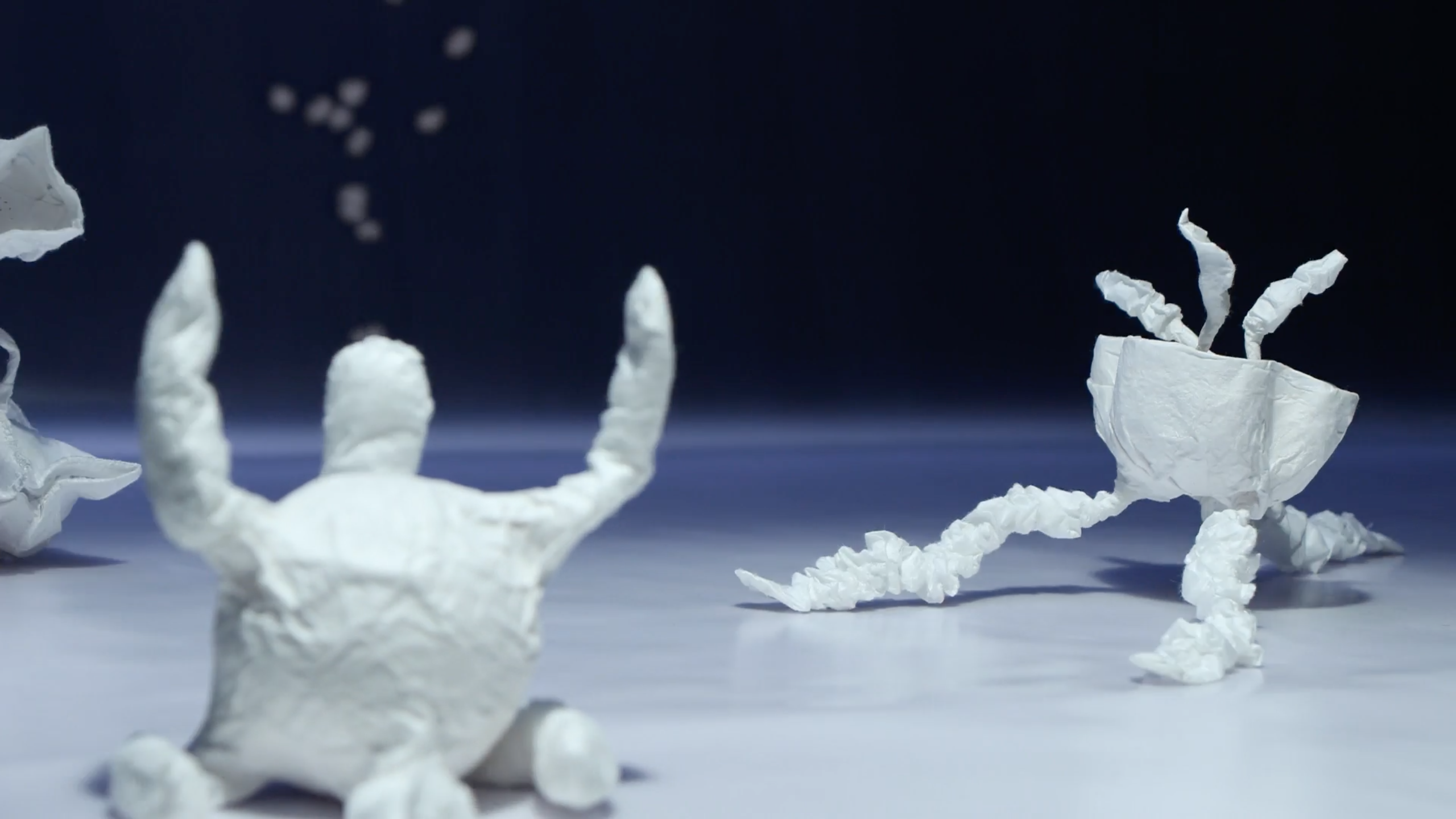 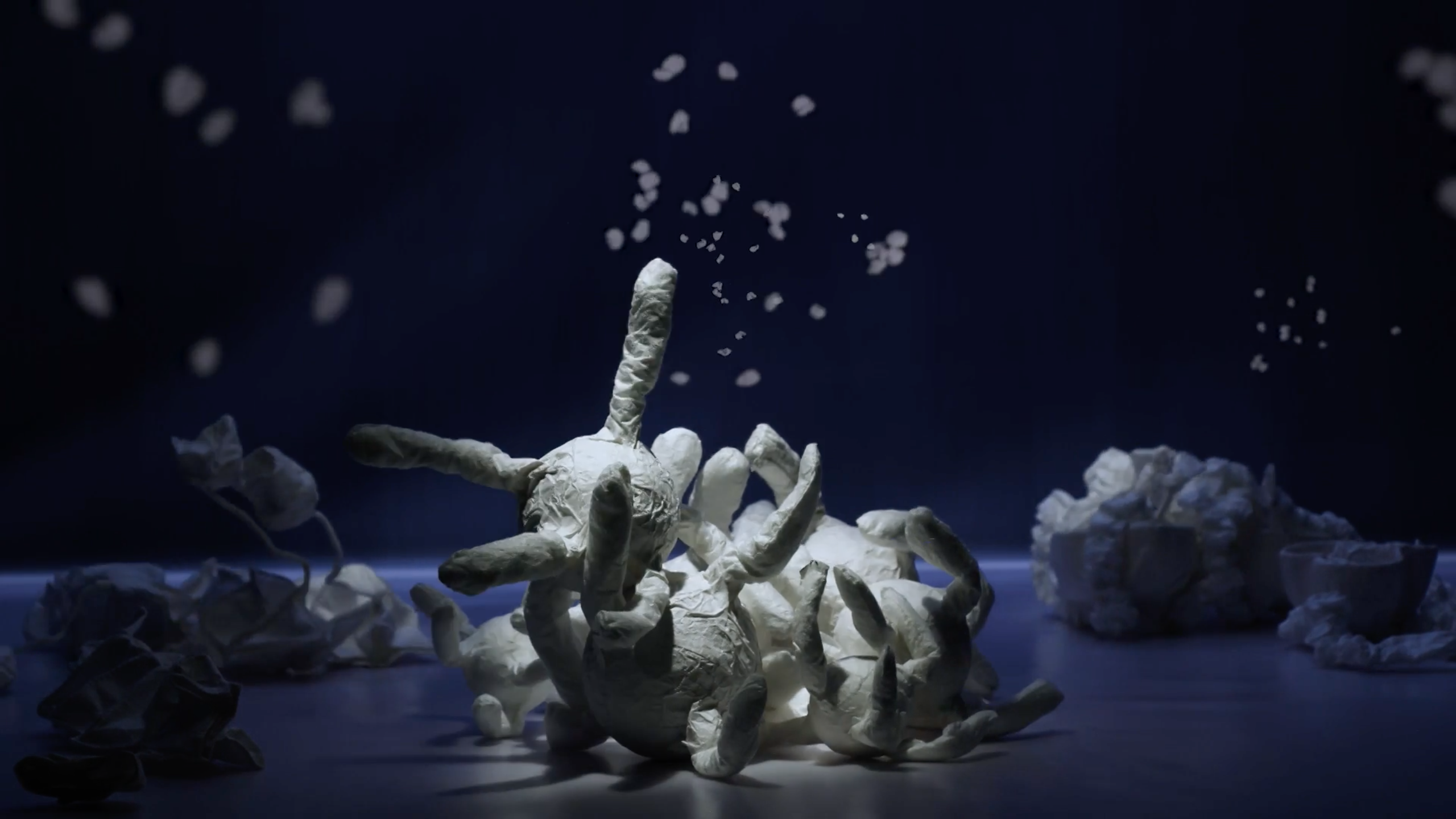 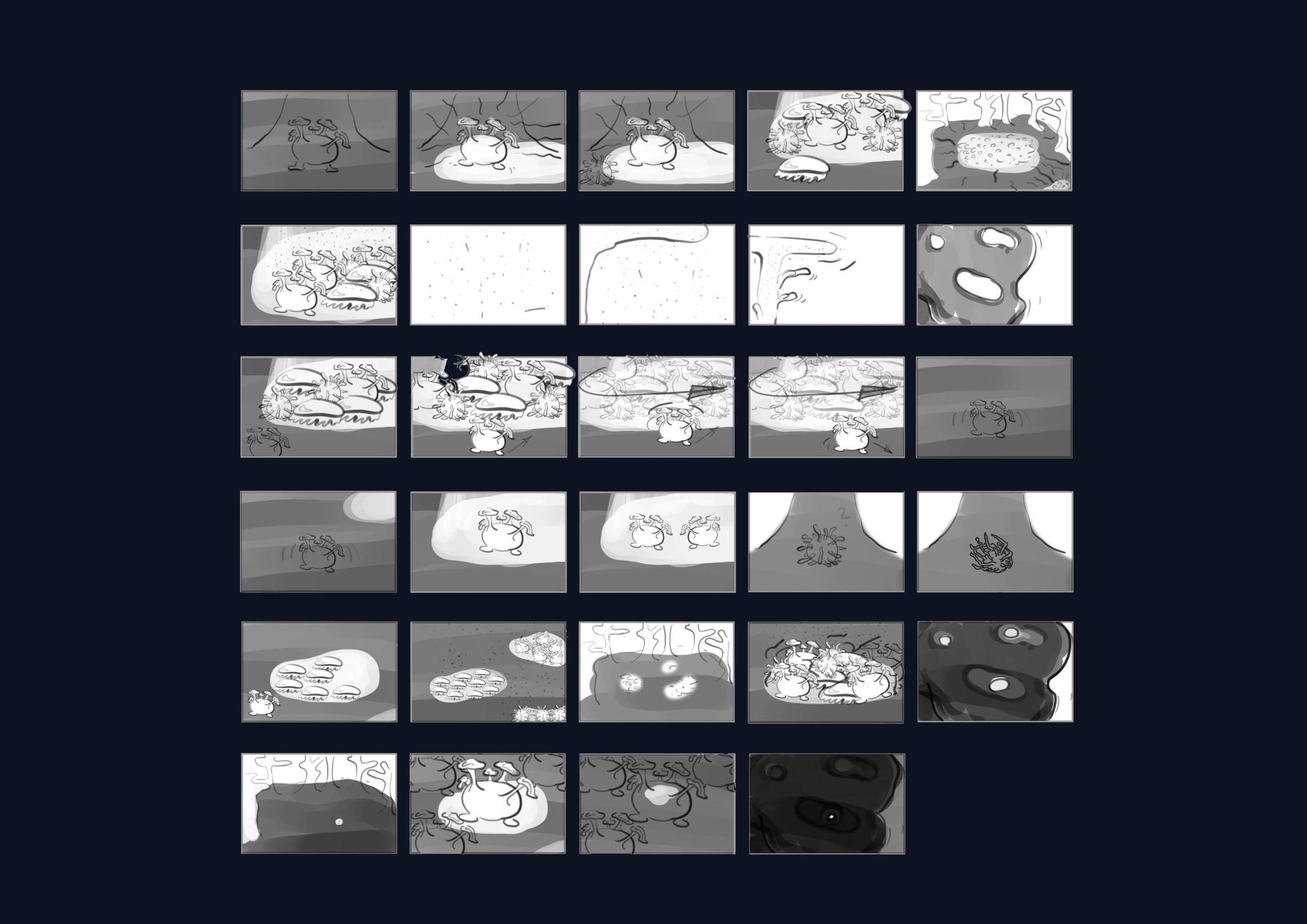 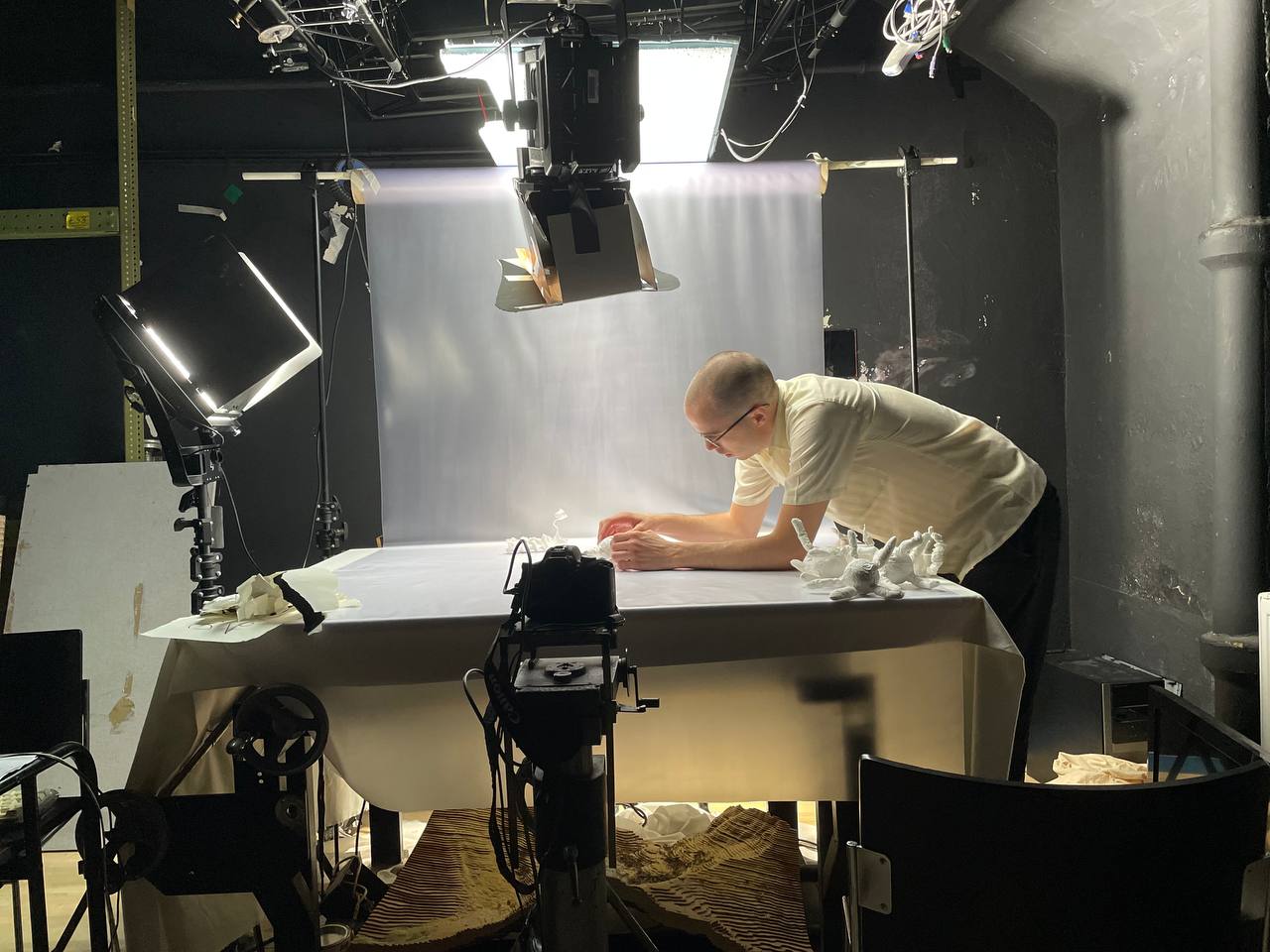