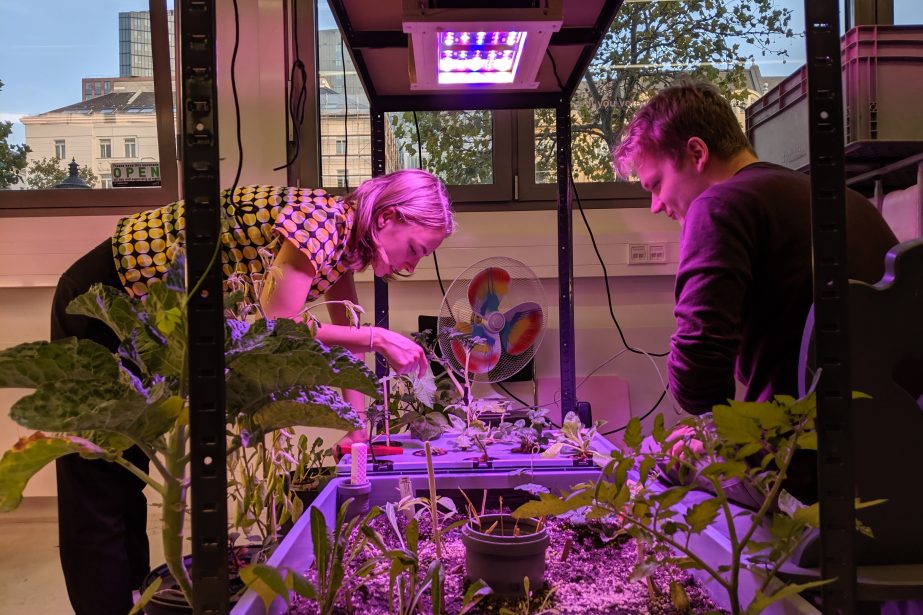 Hungry Ghosts: Food in the Age of the Anthropocene

For the winter semester 2019 at Design Investigations, we are using the lens of FOOD, to explore, investigate, prototype and propose new, alternate, even radical ways in which we will mitigate, and adapt to the rapidly unfolding climate crisis.

“Climate change has already affected food security due to warming, changing precipitation patterns, and greater frequency of some extreme events (high confidence). In many lower-latitude regions, yields of some crops (e.g., maize and wheat) have declined, while in many higher-latitude regions, yields of some crops (e.g., maize, wheat and sugar beets) have increased over recent decades (high confidence). Based on indigenous and local knowledge, climate change is affecting food security in drylands, particularly those in Africa, and high mountain regions of Asia and South America.”

This excerpt from the latest IPCC Report weighs in on the severe and devastating impact of climate change on land, and the resulting hikes in food prices, risking widespread food instability. “It really calls on us to think across the entire food production chain,” said Debra Roberts, co-chair of the IPCC’s Working Group II, during a press conference announcing the report’s findings. “There’s no single silver bullet. It means we’re going to have to tackle complex issues and complex needs.”

Besides the IPCC, there is enough news around us about the climate crisis and the challenges it will present in the next few decades. However, such predictions and anticipatory warnings from climate researchers, data scientists and economists often collide with present day lived realities of western democracies and lifestyles of access and abundance. The world of supermarket shelves filled with all the food you could want, from all around the world, all year round, so cheap that you can buy two for one and throw one away, could soon be in short supply.

The disconnect between such scientific, data driven predictions of global warming, and the lack of immediately visible signs of such a crisis in our lives today, is a space of cognitive dissonance. Not being able to visibly see what is coming is unsettling and ominous. But, this space of uncertainty, can also become an opportunity to confront our fears, and experiment with ways in which the shocks from the impact of climate change might be mitigated.

With harsher climate conditions as the backdrop, at Design Investigations, we want to create a circle of connection and relationship between our food and us. As curators Katherine Flood and May Rosenthal Sloan write in their book FOOD: Bigger Than The Plate: “from the time its grown to how its consumed, we want to see food less of a thing and more of a relationship”.

Over the course of the semester we will work on topics around food production, distribution and consumption. We will start by exploring very hands on systems, materials and techniques to grow food on our own using conservative as well as progressive methods. By setting up early growing experiments in the studio, we will build an intimate relationship with food as a material, and understand the complexities involved in growing food, and the care and effort it takes to understand the interconnected entanglements of natural systems.

Zooming out from these hands on experiments we will learn about the economics of agricultural production, mass consumption, and distribution systems, as well as the politics of land ownership and policy making through field visits and lectures/workshops. We will discover how our current global food industrial system is profoundly unsustainable and increasingly unstable, and learn about the alternative practices people and communities are adapting.

And finally, we will take inspiration from our journey that started with the germination of a seed to the farm and all the way to the supermarket, to come back to the studio and design food-related proposals, and radical prototypes, for new, alternate and revolutionary futures. Ultimately the semester will be about understanding our role in mitigating, combating, and even reversing the damage civilisation has caused by beginning with food. We will learn about interconnectedness between systems, learn about caring and nurturing whilst challenging political, social, cultural and ethical positions, and become actively engaged in regeneration and resurgence.